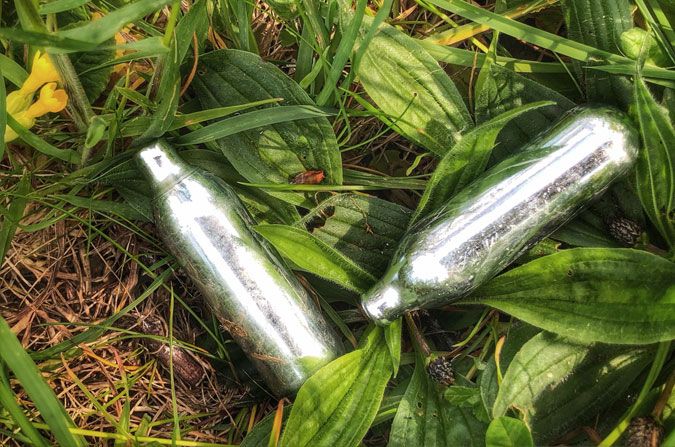 Nangs, whip-its, chargers, bulbs, Nos, laughing gas – whatever you call it, how much do you really know about nitrous oxide? Ruth Nicol explains the ins and outs of a drug that stirs up controversy despite it's relatively low potential for harm.

What is nitrous oxide?

Nitrous oxide – also known as laughing gas, NOS or nangs  – is a colourless gas that has been used to provide sedation and pain relief during childbirth and minor dental procedures for more than 150 years.

Medical nitrous oxide is usually inhaled, mixed with oxygen, through a small mask that fits over your nose. It is occasionally combined with another anaesthetic gas as well as medical oxygen and administered through a tube placed down your throat to provide sedation during surgery.

Medical nitrous oxide is sold in large cylinders to registered dentists and doctors, and it can only be used under their supervision.

Nitrous oxide is also used in as a propellant to make whipped cream. It is sold in small canisters which are available in some catering supply stores; they can also be bought online.  These 8g canisters cost around $15 for a box of 10.

How is NOS used outside medical settings?

Nitrous oxide has been used as a recreational drug since it was first discovered in the late 1700s.

These days most users release the contents of a single nitrous oxide canister into a balloon and inhale it from that for a short-lived high. It’s common to see used balloons and empty canisters lying on the ground at events such as music festivals.

Unlike many other drugs, nitrous oxide cannot be manufactured in a DIY situation. Because it has to be stored under high pressure in canisters nor can it be easily adulterated with other drugs.

What are the risks of using NOS?

No drug is completely safe. But the consensus among drug experts, including David Newcombe, of  University of Auckland’s Centre for Addiction Research, is that using nitrous oxide is a lot less dangerous than using many other drugs, including alcohol.

“Nitrous oxide has way less potential for harm than alcohol,” he says. “There are some harms that can come with using it, but it has a relatively low potency and the effects dissipate quickly.”

One of the biggest potential harms come from inhaling the gas straight from the canister. It is released at a very high pressure, which can put a user at risk of a frostbite-type burn.

Newcome says that using nitrous oxide for a long period of time or without getting fresh air may also cause someone to become hypoxic – lacking in oxygen – which in very rare circumstances can cause a heart attack.

According to Drug Foundation programme lead, Emily Hughes, other possible harms of nitrous oxide  include:

She says in rare cases, regular users can become deficient in vitamin B12. However, this can be easily treated with supplements.

Newcombe and Hughes’ views about the relatively low risk of using nitrous oxide are borne out by figures released by Canterbury District Health Board under the Official Information Act in April 2021. They showed that in the previous two years only three people attended a hospital emergency department due – “at least in part”  – to nitrous oxide use. Another four people were admitted to hospital during that time, of whom three had experienced adverse effects from nitrous oxide used in a clinical setting. The fourth had intentionally tried to poison themselves using the gas.

Is nitrous oxide a gateway drug to other more harmful drugs?

Neither Newcombe nor Hughes see nitrous oxide as a gateway drug.

“I would doubt very much that people would use nitrous oxide then go on to use something like P,” says Newcombe.

He says that unlike other drugs, including alcohol, regular users are also extremely unlikely to become dependent on nitrous oxide.

According to Hughes, nitrous oxide appeals to a different group than those who use more  dangerous substances that are inhaled, such as butane.

“NOS provides quite a short-lived high. If you want to go out and party for hours and hours then NOS is not going to get you there.”

Are there any regulations covering the sale of nitrous oxide?

It is legal to sell canisters of nitrous oxide for food preparation purposes. However, a warning issued by Medsafe in April 2021 pointed out that nitrous oxide which is sold for the purpose of inhalation is classified as a prescription medicine, and thus subject to the provisions of the Medicine Act 1981.

The warning pointed out that those who sell the canisters for inhalation could be prosecuted for illegally selling a prescription medicine and either jailed for up to six months or fined up to $40,000.

Most people working in the field do not  support tighter regulation of the sale of nitrous oxide canisters.

Newcombe says that he is more concerned about harm reduction.

“We can’t stop people from using drugs, but they should be used in the safest possible way which means it’s important people don’t do things like inhale nitrous oxide directly from the can.”

“Obviously it’s not ideal for it to be advertised on Facebook pages, and it shouldn’t be available in every dairy,” she says. “But the Drug Foundation is much more focused on reducing harm from drugs, and there’s little evidence that greater use of NOS leads to greater harm. The harms created by an underground market would be likely to far outweigh the health risks of NOS itself.”