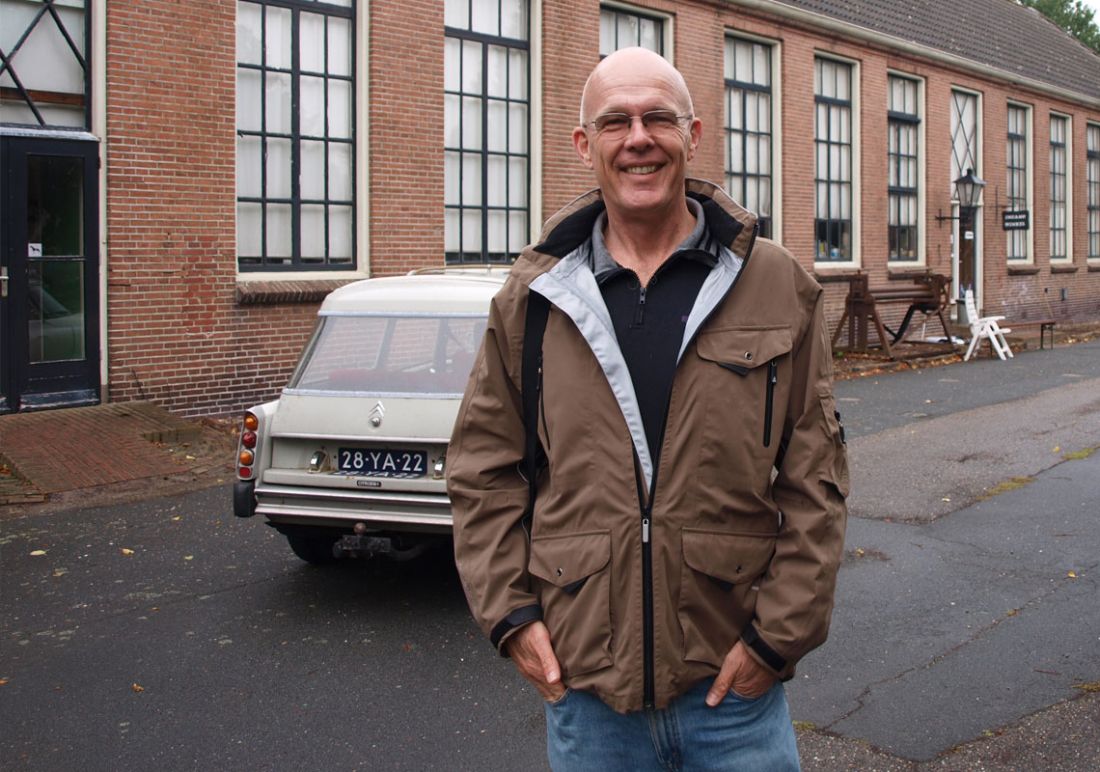 In September, Robert Steenhuisen visited a compulsory addiction treatment facility in Holland to find out who attends it, how it is run and what lessons it might have for New Zealand’s Alcoholism and Drug Addiction Act review.

People with substance abuse disorders can be treated in most cities in the Netherlands (population 17 million) by a broad range of services. High-quality clinics for people with mental illness are available along with rehabilitation programmes and night shelters for the many homeless.

The cities of Amsterdam, Rotterdam, Utrecht and Den Haag have an estimated 10,000 homeless citizens between them, and systematic efforts have begun to reduce that number by 60 percent.

The homeless are a group with complex social issues, making them particularly difficult to help. These are people with a combination of chronic, untreated mental health disorders, addictions, poor physical health, multiple failed treatment attempts and persistent minor criminal offending. They typically avoid treatment, spend time in and out of prison and upset neighbourhoods and shopping malls with their disturbed and petty criminal behaviour. They squat in derelict buildings, makeshift tents or under bridges, often for years at a time.

The Dutch winter is a lot less forgiving than our winter in Aotearoa, and the homeless are well known to Police, and social and health agencies. For the Dutch, the concern is as much for the suffering of these individuals as it is about the nuisance and safety issues they cause.

In 2007, Amsterdam and Rotterdam combined resources to set up the compulsory treatment facility Duurzaam Verbijf for this target group in the countryside of Drenthe, around 150 kilometres away from their cities. Admission criteria include untreated mental illness, chronic addiction, repeated failed treatment attempts, chronic homelessness and repeat minor offending.

The institution is run by the provincial mental health services Geestelijke Gezondheids Zorg Drente (Mental Health Care Drenthe – GGZ) in partnership with the provincial alcohol and drug services Verslavingszorg Noord Nederland (Addiction Care Northern Netherlands – VNN). On referral from any service provider or Police, a homeless person who meets these criteria can be reported to the local mental health services in both cities. GGZ will organise a comprehensive assessment and initiate compulsory civil commitment. A High Court judge makes the decision as to whether a person is committed or not on the basis of independent psychiatric advice. The decision is based on the person’s ability to care for themselves, the immediate danger to self and the failure of repeated voluntary treatment. Throughout the process, the patient has access to a lawyer for independent legal advice.

Admissions to treatment often fail due to the voluntary and open nature of Dutch mental health and addiction services, and the more extreme behaviour of the target group often remains unmanaged. Dutch prisons offer limited rehabilitation for mental illness or addiction, and the system seems more geared towards punishment than treatment. The government focus is on keeping people out of prisons, and judges have a wide range of alternatives to imprisonment when sentencing. Many offenders are dealt with through community-based sentences. A requirement to attend addiction treatment is part of this approach, and it is common that offenders are on probation, supervised by their local alcohol and drug service.

I met with psychiatrist Wijnand Mulder who is in charge of Duurzaam Verbijf. He told me most patients they receive have been through numerous treatments, are mentally ill and often have medical complications. Inevitably, they end up back on the street.

“Social, mental health and addiction services are totally uncoordinated here. In between residential treatment, they will be attending a variety of out-patient programmes, but tend to forget appointments, fall back into the old lifestyle, and their drug use escalates. They end up in Police cells for minor offences over and over again. Police become desperate because nothing seems to change. These people need integrated treatment. It starts with creating stability and safety, so Duurzaam Verbijf is drug-free.”

Programme Developer Woody Verhemeltvort is working on a comprehensive therapeutic approach at Duurzaam Verbijf. He says disengagement from drugs and alcohol and having a regular lifestyle are the first tasks for the resident.

“Drug and alcohol abuse may have temporarily made psychiatric symptoms bearable, but in reality, they’ve only made things worse. Schizophrenia is a common diagnosis. We have to begin with the basics.”

Treatment at Duurzaam Verbijf is for as long as it takes. Every 6 months, a judge must renew the committal on the basis of a psychiatric report and discussion with the patient, who is advised by a lawyer. The end goal is for the person to be independent and to live in the wider community again. That may mean living in a halfway house or a therapeutic community, but with an acceptable level of self-care and selfresponsibility. Living in some form of sheltered facility or supervised care after Duurzaam Verbijf seems inevitable for most.

“Much treatment is about teaching people basic personal hygiene and self-care skills,” says Martinus Stollinga, Advisor to the VNN Board of Directors. “It is often more about ‘habilitation’ than rehabilitation.”

Added to this is that 80 percent of Duurzaam Verbijf residents were born outside the Netherlands and are from countries such as the Caribbean, Surinam, Morocco, Iran or Somalia. This makes things even more complex for staff who often struggle just to have a simple conversation.duth treatment facilities nov2010 mos

We entered Duurzaam Verbijf through a locked gate staffed by security, and Stollinga took me around the facilities. One hundred and twenty patients live here and a 3.5 metre fence surrounds the complex.

Mulder says that it is as much about keeping the residents in as keeping the hard world out. The roofs are covered with a kind of moss (great heat insulation), and the place reminds me vaguely of the Hobbit village in The Lord of the Rings. Facilities include a gym, canteen, shops, workshops and a small church hall. Around 200 staff work here. It costs 400 euros (NZ$750) per night per person.

The addiction treatment sector in Holland remains divided about Duurzaam Verbijf’s approach. Some argue that removing civil liberties is not justified and that people choose the life they lead. They compare the set-up with a concentration camp.

Stollinga and Mulder reject that perspective and argue that society has failed these residents.

Stollinga says, “Their circumstances are often inhumane and their physical and mental illnesses untreated. They are disconnected from their local communities and society and unable to care for themselves. They drift through a shadow world of illegality, petty crime and sex work as a result. And throughout the committal process, the residents’ rights are protected as they are independently advised by a lawyer. All Dutch have a right to a minimum standard of living.”

To my surprise, the facility is not run as a therapeutic community and no peer support workers are employed. Reflecting on my own work at Higher Ground (a therapeutic community in Auckland for addiction treatment), I would have thought that such an approach would be very suitable to teach basic living skills, provide residents structure and provide hope that change is possible.

Verhemeltvort explains that staff are still searching for the best way to engage the residents and to create a living community.

“Many residents are suspicious and difficult to engage. That is not surprising if you consider where they came from. We have to strike a balance between safety for all residents in a drug-free environment, but also not to end up in the role of prison guards.”

As I walk around, Andre is keen to show me his apartment. He speaks slowly.

“I am from Rotterdam. I was slowly killing myself when the local mental health clinic said they had a spot for me here. They didn’t explain much, and I went along. It is a lot of luxury here. I have breakfast every day. That didn’t happen in Rotterdam. The nurses always want to check if I am smoking hash, but it does not matter. I am OK now.”

New Zealand is reviewing its Alcoholism and Drug Addiction Act (ADA). Is there anything we can learn from Duurzaam Verbijf?

The combination of mental illness, addiction, homelessness and petty crime is difficult to treat, especially if it is well entrenched through years of street living. Like the Dutch, most New Zealanders would agree the State has an obligation to intervene where people can no longer look after themselves, but committing people for compulsory treatment is seen as a last resort.

One of the criticisms of the ADA in New Zealand is that it lacks teeth. A person can only be committed once a registered institution has agreed to accept them, and they do not have to. Institutions are open and easy to leave, and returning committed residents to an institution is a low priority for Police.

Should these institutions build a fence around their facilities? The Salvation Army used to operate a rehabilitation programme on Rotoroa Island in the Hauraki Gulf as a way to avoid fences and to keep people on site. It was closed because treatment is nowadays considered effective only if it occurs in the community where the person lives. But maybe for a small number of people that’s unrealistic. They need more structure than can be offered in an open setting. Any revised ADA needs to recognise the needs and rights of these people.

The Dutch set a high bar for compulsory treatment. For those who end up in Duurzaam Verbijf, the road to recovery takes time and may be lifelong, so it has to be to be supported with the right kind of services. Though the Dutch have a much wealthier society, this is still expensive. It costs around $33 million just to run Duurzaam Verbijf for a year. That is almost 25 percent of New Zealand’s total annual alcohol and drug services budget.

I strongly suspect many of the people in Duurzaam Verbijf would end up incarcerated in New Zealand, but after a visit there, I am more convinced than ever that we should not endlessly recycle people through prison. Instead, we must help them to find a place in society with dignity and meaning. A revised ADA needs to consider that as well.

When I walked around Duurzaam Verbijf, I thought that New Zealand had a lot to be proud of. When I carefully listened to what actually happens with the patients, I realised that the quality of our mental health and addiction rehabilitation programmes are as good as those in Holland, despite the lower resource base, and our staff are just as committed as their Dutch colleagues.

That is an excellent performance for 4 million people far away from Europe in the South Pacific.