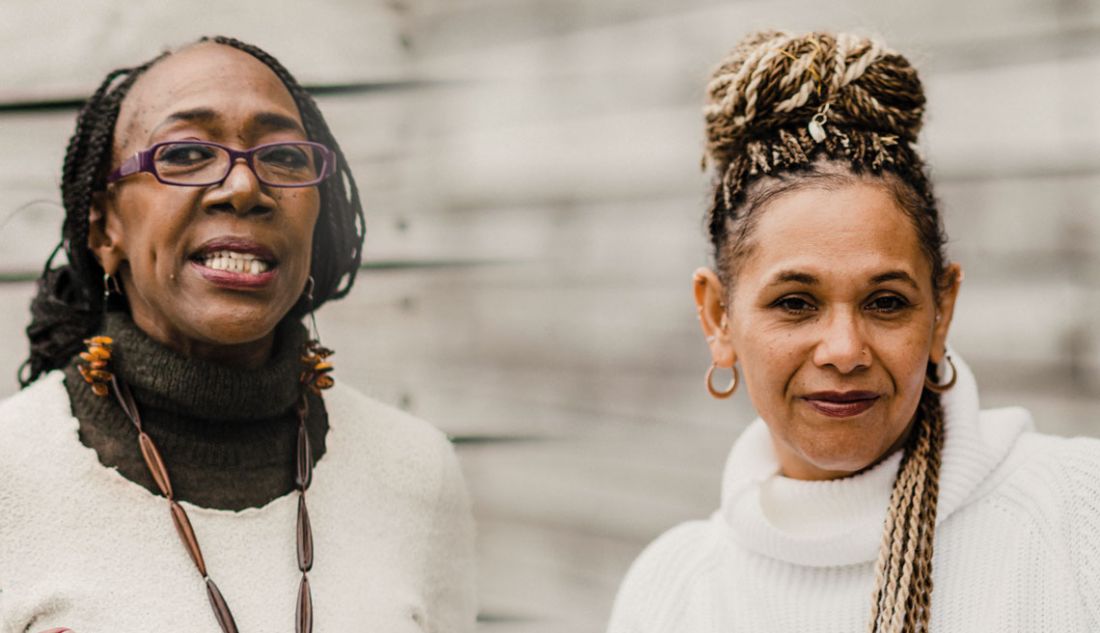 US justice reform activists Deborah Small and asha bandele say white supremacy and colonialism are at the heart of punitive drug laws. They spoke to Teuila Fuatai about how that stops change.

Deborah Small sees Donald Trump as the US Dorian Gray. “He’s the physical manifestation of what America has been hiding in its closet for decades – the genocide, the discrimination, the expropriation,” she says.

Small, a leader in the US drug law reform movement, visited New Zealand ahead of next year’s cannabis referendum to share her knowledge of the fight against failed drug policies. A Harvard Law School graduate and public policy expert, she has more than 20 years’ experience advocating for drug policy and criminal justice reform.

Alongside her is asha bandele – another leading criminal justice reform advocate from the US.

Each of the women, both New York natives, brings her own perspective and advice on cannabis reform. Small has been the Legislative Director of the New York Civil Liberties Union, where she focused on reversing policies that marginalised poor, disenfranchised and incarcerated people. She has also been part of the leadership team at the Drug Policy Alliance in the US and has her own organisation – Break the Chains: Communities of Color and the War on Drugs – which targets harmful and discriminatory drug laws.

As New Zealand sets up its own debate on cannabis laws, I asked the pair to talk about what we could expect in the next 12 months. Taking a big-picture perspective, Small brings up Trump, what he represents and how that relates to debate on drug policies around the world.

For her, changing drug laws to focus on health rather than punishment is not just sensible and right, it is fundamental to tackling wider inequities and injustices.

“We [the USA] have a vision of ourselves of being young, being vibrant, being fair and being all these good things. We are that, but we’re also a lot of other things. And that version has stayed in our closet for lots of different reasons,” Small says.

The 2016 US presidential election opened that closet.

Small sees debates around legalising and regulating drugs as a subset of this conversation about what kind of society we are. In the New Zealand context, it is important to consider what is really being discussed when people talk about cannabis law reform and harm associated with the drug, she says.

“Our focus is always on the drug, not on the reason people are using the drug."

"One of the biggest harms of prohibition is that it has taught society that the punitive response should be the default position and that anything that deviates from that is radical.”

Too often, this prevents any scrutiny or debate around whether resources should even go to jail cells or detaining people in the first place, Small says.

“But when it comes to providing things that we know are actually effective, like addiction treatment, then there’s an issue about directing resources towards it.”

New Zealand must consider what it is trying to address in a reform, and in that sense, who as a nation it wants to be and stand for, she says. Drawing heavily on the experience of communities of colour in the US, Small has seen how health-oriented drug laws can benefit these marginalised groups.

Like Māori men, men of colour (African American and Hispanic) make up most inmates in US prisons, despite being minorities in the overall population. Like Māori, they’re also more likely to be incarcerated for drug-related offences than white Americans.

“To me, the biggest gain from ending prohibition and regulating drugs is the fact that you can depoliticise it,” she says.

“When you stop treating drug use as a crime, then you can actually begin to direct resources in appropriate ways.” And that impacts people and communities disproportionately affected and criminalised under punitive drug regimes.

Small’s observations are rooted in an analysis of how “crime and punishment” has been rolled out under colonialist and imperialist powers. As New Zealand heads towards the cannabis referendum next year, she says it is crucial people think critically about the legacy that 50 years of cannabis prohibition has created.

“What have we gained from it? How has it helped society?”

She also discusses a far darker, and tougher, opponent in the fight for drug reform: the power structure created by colonisation.

On this point, Small’s argument is nearly identical to those like Moana Jackson and Tracey McIntosh, who have been fighting for criminal justice reform in New Zealand for decades.

McIntosh and Jackson have both written and spoken extensively about the disproportionate harm to Māori in the criminal justice system. Like Small’s analysis of incarceration in the US, both academics have linked high Māori incarceration rates in New Zealand to ongoing problems imposed by colonisation.

Small recounts the history of Western powers to make her point. The “British experiment of empire building”, replicated by the US and other imperial nations, was based on promoting addiction for profit, she says.

Slavery, the exploitation of people, and the contribution that had in creating inequality and problems with addiction in countries under imperial and colonial rule must be acknowledged, she says.

“To me, that’s an important place to start because if you don’t recognise that we’re living inside of an empire that was based on addiction, then you don’t get how absolutely perverse it is that we now have a system of punishing people over the very addiction [that empire] helped cause.”

“It is one of the many perversities of racism or capitalism.”

Bandele, who like Small believes all drugs should be legalised and regulated, expands on this. The award-winning author and proud Brooklyn resident talks about her two children and why the fight for appropriate drug policy is about them. Her stepson Aundre was killed three years ago due to his involvement in dealing drugs.

It is a situation that no one ever wins, bandele says. For her 19-year-old daughter Nisa, she wants a world that doesn’t criminalise a health issue and create unneeded havoc and pain for those affected by that.

The former features editor at Essence magazine goes on to describe how difficult it is to combat people’s ignorance and belief in a punitive justice system, drawing on her own experiences.

“In 1990 ... I met a man who became the love of my life,” she says. “He was locked up and we became friends and over a period of time fell in love. And I married him, and it was at a time when nobody was really talking about mass incarceration.”

Bandele writes about her relationship with her husband Rashid, Nisa’s father, in her book The Prisoner’s Wife. The memoir provides detailed insight into the impact of prison not just on those who are incarcerated but their loved ones as well. Because of this first-hand experience with the justice system, bandele talks with absolute clarity about what drives punitive criminal justice and harmful drug policy.

“First of all, prisons are not natural to us,” she says. “They have become our go-to response for so many things that we find offensive or we determine as offensive, whether they actually are or not.

“What I’ve found is that too many of us – people who are harmed – naturally think it is the place to go. For example, my family works for Corrections, and we don’t question it. We call the Police even as we know that can cost our children our lives.

“I think that happens because we don’t have these kinds of conversations with one another about what we really think and what putting our children first really looks like.”

When most of us talk about drug use, what we’re really talking about is problematic drug use. She says that the process of changing the narrative begins by looking past the outcomes of drug use and into the lives of those using drugs problematically and at those who use drugs and are functional.

“The reality is that drugs are legal for a whole swath of people, and it’s important to remember that.

We know what drug legalisation looks like – just look at white communities and wealthy communities."

"In those areas, people use drugs and don’t go to prison. And if there is a problem, they get treatment, not incarceration,” she says.

At the other end of the spectrum, it is about looking at the circumstances of those who use drugs problematically and are addicted. Almost always there are problems like trauma, poverty and emotional distress. It’s looking at why someone wants to “check out all the way”, she says, and it is rare to find that is purely because of the physiological reaction they have.

By keeping punitive drug laws, society and policy makers can ignore that and focus instead on “drugs” or “criminals”. Issues such as poverty, racism and mental health get left behind.

Except that rhetoric does nothing about the real problem, she says. For communities of colour in the US, it simply exacerbates inequality and social problems.

To address that, bandele says we must discuss where it comes from.

And there is absolutely no justification for it. Those who require assistance for health reasons should get it, and laws need to be oriented to that, bandele says.

“How we use [drugs], like anything, can be good or bad ... and it’s about putting protections around it that work.”

The Drug Foundation, Te Rau Ora and Hāpai te Hauora call on the Crown to meet its obligations under Te Tiriti as it drafts cannabis law. 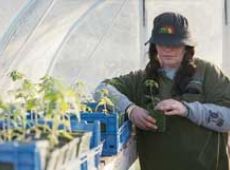 Some Māori enterprises are gearing up to win a share of the medicinal cannabis market when the law is changed. Two enterprises tell their st... 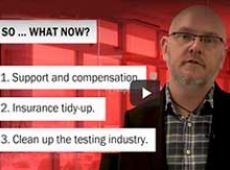 Watch: Ross Bell speaks about cleaning up after the meth myth, and read: what we think should happen from here.