This article is over 3 years old
05 July

The NZ Drug Foundation brought people together over 200 people to talk about drug law that can respond to the realities of the 21st century.

Find out what happened:

At the Symposium the Drug Foundation launched Whakawātea te Huarahi: A model drug law to 2020 and beyond.

New Zealanders show no sign of a reduced appetite for drugs. Although patterns of supply and demand are constantly evolving, drug use carries on unabated. Yet New Zealand's drug laws have stood still.

The current law hinges on people being punished out of drug use. This failed approach is over 40 years old. In 2011 the NZ Law Commission recommended a fundamental overhaul, but still the law remains the same.

The human toll of this punitive approach is very high. Many people’s lives have been ruined by drug laws that are not fit for purpose. A conviction for a minor drug offence has a lifelong impact, and those already suffering socio-economic hardship and racial prejudice bear the brunt.

To move ahead, the speakers at the 2017 Parliamentary Drug Policy Symposium shared health-based approaches to drug policy that are rolling out in Canada, Australia, the United Kingdom and Aotearoa New Zealand. The symposium looked at legislative options and practical initiatives, as well as evidence for change.

The time has come to look for solutions based on evidence of what is working. We need to:

Being informed about what is working with drug law and policy is a vital part of devising solutions that will work in New Zealand. In order to have a rich debate and to share insights with diverse communities throughout New Zealand, we are encouraging people from the following fields to participate: 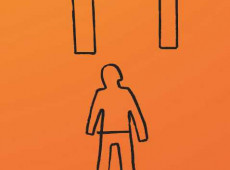