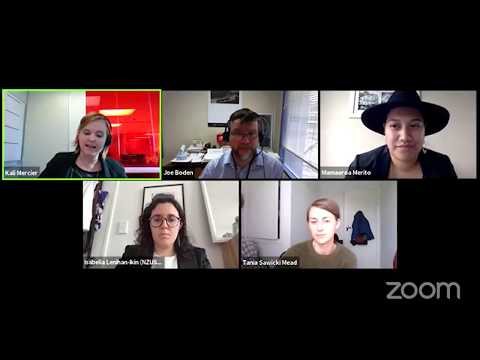 #4 in our Live Chat series: At the cannabis referendum in September 2020 we’ll be voting on a piece of draft legislation that aims to protect the health and wellbeing of New Zealanders - particularly young people - by restricting their access to cannabis and prohibiting inducements to use cannabis.

So how will it compare to the status quo when it comes to young people’s health and human rights?

Prohibition affects young people badly. Nearly half of those convicted of cannabis offences are under 30 - and having a conviction can be devastating for a young person just starting out on life.

Meanwhile, there’s the health angle to consider. Cannabis use is known to be associated with mental health problems such as depression, psychotic symptoms and cannabis dependence, in particular for younger and heavier users.

So will legalising cannabis improve the status quo? How does the Cannabis Legalisation and Control Bill attempt to reduce harm for young people? And what do young people think of the Bill?

Tune in for some lively debate from our great line up of panellists on whether the Bill is likely to do what it says on the tin for young people.

Wednesday 6 May: An overview of the Cannabis Control Bill [recording]

Thursday 28 May: What it means for medicinal cannabis users [recording]

Wednesday 8 July:  The case for a 'Yes' vote [recording]