Getting tough on dealers: There are better ways

With over 20 deaths linked to psychoactive drugs this past year, it’s tempting for lawmakers to demand that courts hand out tougher penalties to the people selling them.

It's the same story, like a fatal crash you see coming but you just can’t stop: More people have died, and communities want action before it happens again. Enter National’s Simeon Brown, waving a big stick. “We must deter those who are supplying [these drugs] into the market, and give police stronger powers to crack down on suppliers!”

We’ve been listening to the same argument for over 25 years, and trust us – it doesn’t stack up. Especially not this year, just as the Psychoactive Substances Act is up for review.

It’s a simple plan, which appears to deliver a rational solution with a good dose of action. Mr Brown wants to amend the PSA to increase penalties for supplying psychoactive substances from two years in jail to eight years.

Problem is, it’s too simple. Research shows that increasing penalties doesn't have any effect on supply. In fact, suppliers are often users themselves, who need health solutions not harsh penalties.

The situation we have now is a result of changes to the PSA in 2014, which rendered it unenforceable.

Last month, Vice released a video that allowed the most-affected people to speak out. Tammara, a young woman from West Auckland who uses synthetic drugs, summed it up: “You get all these people addicted, like actually f**king addicted, and then just take it away and make it illegal? Of course it's gonna go underground, and people are gonna start making sh**t that is harmful."

We all want the same thing - to reduce drug deaths. But this amendment bill is not the answer, and here’s why:

We need a complete overhaul of our drug laws. International evidence shows us we can reduce the harms – find out more about our model drug law, Whakawātea te Huarahi.

So what is the answer?

As part of wider drug law reform, the PSA needs to be functional. In our Briefing to the Incoming Parliament, we recommend changes which would help the Act work as it was originally intended, allowing low-harm substances to be strictly regulated. While there will always be dangerous new drugs entering the market, and people willing to try them, regulating low-risk substances would steer some people away from serious harm.

Interestingly, Simeon Brown’s petition also urged the government to hold a Parliamentary Select Committee Inquiry into addiction to psychoactive substances. This is something we agree with because urgent, real and effective action in communities is needed from the government on synthetics. Hopefully, this is part of a thorough, robust legislative review.

We need to urgently overhaul the whole system. This amendment bill as it stands is nothing but a band aid on a broken system.

Did You Know: The facts about synthetics

You get all these people addicted, like actually f**king addicted, and then just take it away and make it illegal? Of course it's gonna go underground, and people are gonna start making sh**t that is harmful. 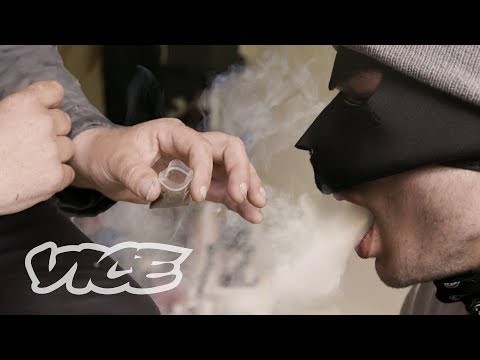 Up until 2014, the sale of synthetic cannabis in New Zealand was considered a global test case for legalised drugs. With the introduction of tighter controls the synthetics market has gone underground, and the harm to the community has spiralled. At least 25 people are believed to have died from synthetic drug use in 2017. VICE follows animal lover and former addict Tammara, 20, as she grapples with her recovery from the drug that has dominated her life for six years.