The NZ Drug Foundation says a new Global Drug Policy Index report released today highlights key areas where the country must improve in order to address inequity and be a world leader.

Recent reforms like the legalisation of drug checking have led to New Zealand ranking well amongst the sample of 30 countries compared in the Global Drug Policy Index 2021, but the country still only scores 71 out of 100, showing a lot of room for improvement.

“There is an opportunity for us to continue to implement a health-based approach to drugs and be a world leader. The underlying numbers highlight several areas where we need to do much better, which are useful indicators of what still needs to change,” says Executive Director, Sarah Helm.

“As it stands, we are essentially among the best of a bad bunch. For example, we don’t have the death penalty or mandatory minimum sentencing, which helps improve New Zealand’s ranking. We also have a less militarised police force and lower rates of extra-judicial killing than many of the countries compared in this report.

“New Zealand scores particularly poorly in terms of ethnic disparities in our criminal justice system (25/100 for ‘Equity of impact of criminal justice response’), with Māori facing hugely disproportionate impacts from our drug laws. 46% of people convicted for drug offences in 2020/21 were Māori, despite Māori making up only 17% of the population.

“Not surprisingly, we score 0/100 for decriminalisation, as the Misuse of Drugs Act still has us operating within an outdated, prohibitionist model, despite some expansion of police discretion and rhetoric about health-based approaches. We are seeing other countries adopting law reform, and we expect them to shift up in the next GDPI.

“The real opportunity in this report is it shows we have the foundations to be a world leader when it comes to compassionate, health-based drug policy. We scored 71 out of 100 in this raking, but if we take meaningful steps on decriminalisation and harm reduction interventions, we would go a long way to addressing our disgracefully inequitable outcomes and reaching a gold-standard that would see less drug harm and a healthier society." 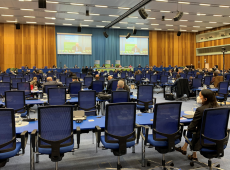