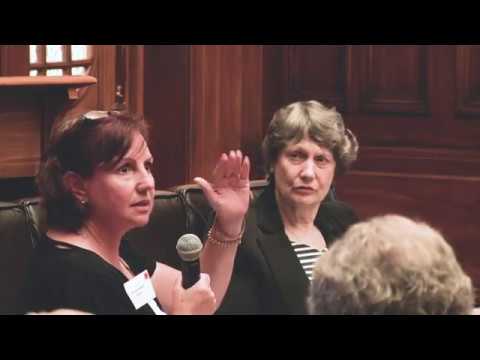 Former Prime Minister Helen Clark has shared her strong conviction that we need fresh perspectives in our approach to drugs. Speaking at an addictions treatment sector leadership gathering in Wellington on 22 March 2017, Ms Clark made the case for significant drug law reform based on new facts available to us.

“In essence, it's about putting the facts on the table, looking at what the evidence is, and then supporting societies to find the answers. Because there's a range of answers and a range of contexts. What Portugal does, which looks` pretty good to me, is not what Switzerland does, but Switzerland also gets considerable results. We're seeing quite a lot of countries innovate on drug policy now,” Helen Clark said.

Based on the experience of countries that have reformed drug law, Ms Clark backs a change in the legal status of drugs.

“In my opinion, we should be decriminalising [drug] use and possession,” she said.

Ms Clark is also adamant that services should be introduced that protect people from harms associated with drug use. She bluntly stated that people should not be dying from drug use in New Zealand.

“People should be able to live life to its full extent and potential. There is a lot we could do.”

Having been Health Minister soon after the NZ needle exchange programme was set-up, Ms Clark said she has long known about the value of harm reduction services. She spoke in favour of drug safety testing at festivals, and supervised injecting facilities, where appropriate.

She also recognised the role of education and prevention, saying these types of things are best delivered at a community level.

“There's a lot of things we could do, but I would strongly advocate doing that through the community-based organisations that are closest to the society, understand the people and support them. As I say, at a fraction of what we're currently spend locking people up.”

Making sure treatment is available for those who need it is not enough. Pointing to Portugal, Ms Clark says there were a raft of health, social and other measures which accompanied decriminalisation of drugs.

“I know you can restore hope to communities. I know you can get people out of long-term, very degrading and difficult circumstances, and back on to standing on their own feet and feeling that there is hope in life, that there's that broader picture.”

One of the big stumbling blocks for open debate are the very words we use to talk about the issues. Speaking about the recent Global Commission on Drug Policy report The World Drug Perception Problem: Countering Prejudice About People Who Use Drugs, Ms Clark says we’ve got to stop using `stigmatising terms.

“The Commission makes quite a lot of suggestions about what language to use. They definitely advocate talking about people who use drugs rather than using terms like addicts or drug users. We tend to use shortcuts that aren’t that helpful, but definitely trying to get this moralizing out of the language and see people who are using drugs as fellow human beings like us.

The former PM was careful to point out she does not endorse drug use. She acknowledged that through the ages, people have always sought the relief of substances, or sought out of body experiences.
Speaking prior to Helen Clark at the forum, current Health Minister Hon David Clark took the opportunity to acknowledge the work of the addictions treatment sector. He encouraged people to help shape the future direction of mental health and addiction services in NZ.

“People have told me they want to have things done differently and I want to signal that I’m willing to contribute to that effort,” Minister Clark said.

“My message across the sector has been clear: give me free and frank advice. Give me the advice you think I need to hear not what you think I want to hear.”

Other speakers on the day spent time addressing the Inquiry into Mental Health and Addictions.