Legalising cannabis use for adults will mean patients can more easily access a much wider range of products at an affordable price. It will mean sick New Zealanders are not compelled to source illicit products from the black market and face the risk of conviction.

The Drug Foundation’s Policy and Advocacy manager Kali Mercier recently hosted a live webinar with four patient advocates and industry experts,  to discuss what the proposed Cannabis Legalisation and Control Bill could mean for patients, should this year’s referendum secure a ‘yes’ vote to legalise cannabis use.

While the referendum is about adult use, there is agreement amongst advocates that legalisation would directly benefit patients seeking to use cannabis for pain relief and other therapeutic purposes. New Zealand’s medicinal cannabis regime came into force April 1st  this year, meaning more products can in theory be approved for production and import. But they say the system just isn’t working for most patients.

It’s restrictive, prohibitively expensive and prescriptions are difficult to obtain. Currently,  there’s only one product approved for prescription (Sativex) with the average adult patient spending between $300 and $500 per month to access it. That's if you can even get a prescription - most GPs have no training in how to prescribe cannabis-based medicines, and are reluctant to prescribe it.

“We had great hopes [the medicinal regime] would really open the door for patients to get easier and quicker access,”  Mercier says. “We certainly have not got that yet and I doubt that the medicinal cannabis regime will ever deliver the range of products that are needed, at affordable prices.  We have reached the conclusion at the Drug Foundation that full legalisation of adult use is needed to give proper access.”

Manu Caddie spoke at the webinar as president of the NZ Medical Cannabis Council. He says the key areas of importance for patient access are price, quality, home growing and product range. All of these are better addressed in the draft legislation for the Cannabis Control Bill than under the current medical regime.

Firstly, the Cannabis Control Bill allows small amounts of home growing, which advocates had hoped for in the medicinal legislation, but which wasn’t included and is currently illegal. Home growing means patients, who Mercier says are becoming “increasingly desperate for legal access to products that they can afford,” are not reliant on expensive prescriptions to access cannabis.

This has been the case in the US and Canada, where legalisation of adult use has led to far greater and better access for patients by forcing the prices down and making a great range of products available.

The Cannabis Control Bill also allows for gifting of up to 14g of cannabis, which opens the door for patients “helping each other out”,  Medicinal Cannabis Advisory Group member and medicinal cannabis user advocate Rebecca Reider says.

“It’s super mainstream,” Reider says of medicinal cannabis use in the US states where recreational use is legalised. “When I talk to people of my parents’ generation, people in their 70s, it’s way more common now that they’re talking about cannabis cream for their aches and pains, which previously under medical [legislation] would have seemed a bit out there”.

The lack of ability for patients to try different preparations and find what works for them is a concern amongst advocates as well. The current regime provides access to a very limited number of pharmaceutical-grade products in standard doses, which is helpful for some (like young people suffering from epilepsy). But patients have told the Drug Foundation they are seeking to have legal access to the types of products they’re using now, which include tinctures,  oils and fresh cannabis for juicing.

Medical Cannabis Awareness founder Shane Le Brun says some patients are hampered by the prescription model, which hugely limits the products they can try.

“When you finally convince your doctor to prescribe one cannabis product - say you don’t like it, the THC’s too strong - you’re then going to have to go back and argue again to try a different flower with more CBD [for example].” Under legalisation, patients have the option of going to a retailer who knows their products well and can coach them through the nuances of what each does.

Being able to speak with licensed retailers also means patients who find their prescribed product is not working for them do not need to turn to the illegal market as the only option for wider access to products, as is currently the case. Many patients are naive and vulnerable, including many elderly patients “desperate” for pain relief, says Pearl Schomburg, convenor of the Auckland Patients Group. The reality since the medicinal regime’s introduction is that many doctors are hesitant to prescribe cannabis.

“Often when patients raise the subject of requiring a prescription they are viewed from that point on as a drug seeker, and in fact some have their normal pain medication restricted due to their inquiring about cannabis products.  It’s just not good enough. These are not people who want to get stoned, they’re people who want relief from symptoms.”

Schomburg says it’s important that the ‘green fairies’, a network of growers, suppliers and distributors of medicinal cannabis, can have input into the final legislation, should it pass. Currently it’s not clear what the pathway for green fairies would be under legalisation, as licences would be separated - meaning a grower could not also sell cannabis and a retailer could not also grow it.

However provision in the draft legislation for small-scale growers to get licenses,  and a 20% cap on the amount of market share any one grower can capture, are encouraging for smaller growers. Caddie says we would want pathways to help retain people with institutional knowledge and networks, including the green fairies.

A pathway to legitimacy needs to be created for green fairies, Schomburg says. “If we don’t, it will remain underground and we won’t have achieved what we absolutely set out to achieve in 2017, and that would be a great shame.” 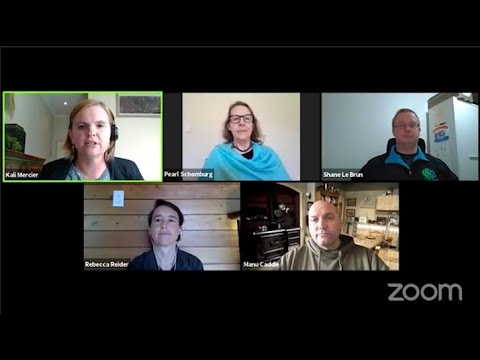