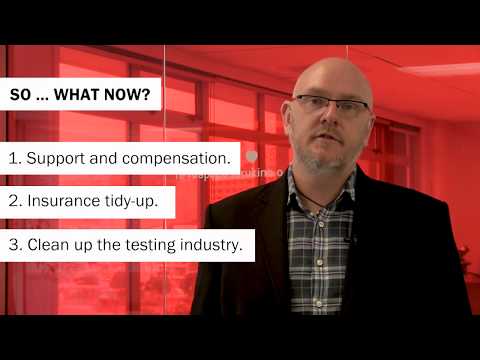 The release by the Prime Minister’s Chief Science Advisor of the “Methamphetamine contamination in residential properties: Exposures, risk levels, and interpretation of standards” report (PDF)  has set off a flurry of reactions and responses. Stephen Blyth outlines where things stand from the Drug Foundation’s perspective

A lot has changed in the two weeks since Sir Peter Gluckman released his report into the health risks from third-hand methamphetamine exposure. The biggest change is the announcement from the country’s largest landlord that it will immediately increase the minimum threshold for methamphetamine residue ten fold to 15 mcg of per 100 cm2. This will mean very few properties will now be deemed ‘contaminated’. The agency is also forging ahead to ensure adequate access to health support for tenants.

The apologies to those affected from both Housing Minister Phil Twyford and Housing NZ CEO Andrew McKenzie are a rightful acknowledgement of the pain and suffering hundreds of New Zealanders have experienced. Looking forward both have emphasised Housing NZ will support any tenant with a drug problem, rather than terminate a tenancy, as part of a more holistic approach to its role.

A pressing concern for the Drug Foundation is ensuring those tenants who were evicted, banned and/ or had costs imposed against them, get fair and proper redress. To ensure all those who are entitled to redress receive it, effort needs to be put into reaching out to the affected people. We would like to see Commuity Law, Citizen’s Advice Bureau or another trusted NGO be engaged to reach out and support people to make sure their claims are heard, and wrongs put right.

Terms of reference for Housing NZ’s report into its meth ‘contamination’ response were released this week by Housing Minister Phil Twyford. The review will detail of the number of evictions, costs awarded and outstanding debt, as well as outling how things unravelled. Housing NZ have also said they “.... will reflect if there are any systemic issues in how we implement operational policy and processes.” Findings are due in late July 2018.

Alongside a post-mortem by Housing NZ, Phil Twyford has announced new regulations for the industry are to come. The NZ Herald reported a spokesperon from the Minister’s office said: "The new regulations will be made in the Residential Tenancies Act which will be consulted on later this year and presented to Parliament next year.” There is plently of room for a bullish industry to again try to tilt things in their favour, so scientists free from vested industry interests must take a lead to ensure a fair hearing.

In a separate piece of work Kris Faafoi, the Minister responsible for Standards NZ, has requested a report on the standard setting process. And we would expect changes to be made to the current Standard.

How these different threads of work come together to ensure a well regulated testing and remediation industry is not clear as yet. Until recommendations are acted on and new regulations are in place, we are left in something of a holding pattern. There are those that argue the current standard should remain in place until superseded.

The decision by Housing NZ to immediately adopt the new standard sends a clear signal of what is the most appropriate course of action for other landlords. The swift move by the likes of Christchurch City Council to reinstate properties left empty is a move we would like to see followed by others.

Unfortunately, it’s unlikely the fear based marketing we’ve witnessed will disappear overnight. To counter this, public information from a credible source needs to be made widely available. Otherwise we’ll be relying on the market to self-correct.

There are many other issues still to be unpacked, particularly for property owners. What should property owners do if they have received a recommendiation to remediate their home or rental property? How should notes attached to a LIM report be considered? How do insurance companies now respond to claims for remediation after ‘contamination’ is identified?

The release of Sir Peter Gluckman’s report marks the end of a chapter in this woeful myth testing saga. But there is a lot more to surface yet. During the next chapter, the Drug Foundation will continue to highlight the centrality of compassion, proportion and recognition of human rights as the government and the private sector unpick this mess.

More announcements have been made, as the Government and HNZ change their focus and attitude towards HNZ tenants. Catch up on the latest developments.

Twyford - "HNZ is a landlord not the police"