Which choice will you make?

Set in Wellington, Choice is a pick-a-path live-action mini-series that follows teenage boy Xavier through his many encounters with drugs as he nears the end of secondary school. At the end of each short episode, you'll pick what happens next by making a choice for Xavier that plays out uniquely in the next episode. 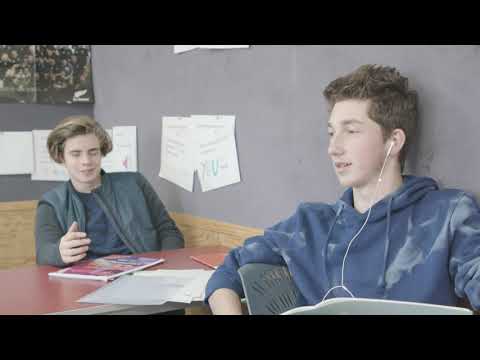 Watch Episode 1 and decide whether Xavier takes or flushes the ecstasy he is given and see what happens in Episode 2...

Produced by senior students of Toi Rauwhārangi, Massey University's College of Creative Arts; Choice puts you the viewer in both the Director's chair and in the shoes of Xavier. You will need to weigh the facts and support Xavier as he prepares to leave secondary school - not once but time and again. Watch the stakes change as different outcomes unfold.

Aside from innovatively ensuring drug-use decisions are the focus, the series also weaves in the issues surrounding any decision to use or not use drugs. This includes the impacy of peer pressure, the Country's evolving views on cannabis, how to be safer if drugs are used, and knowing what to do should problems occur.

The point of the project is harm reduction for young people says Director Ashleigh Pearson.

"We wanted to get teenagers thinking about drugs and talking about them rather than just doing them in secret," says Ashleigh.

The crew were third and final-year students for the Bachelor of Creative Media Production at Massey's College of Creative Arts, among New Zealand's leading art and design schools.

NZ Drug Foundation extends thanks to everyone involved.

"To make something that is innovative and entertaining is one thing, but to also offer viewers a dry-run through making decisions they will almost certainly make in real life is important to New Zealand too.  We are hugely appreciative and thank Toi Rauwhārangi for offering both the young people and us this opportunity," says Programmes Manager Nathan Brown

Choice is being promoted via social media over the holiday period.