An overdose prevention centre would reduce harm and save lives by shifting drug use off city streets and into a safe, medically-supervised setting alongside basic health, harm reduction and support services, says the NZ Drug Foundation.

The Foundation’s Executive Director, Sarah Helm, called on the Government to support a proposal for a three-year pilot of the service in Auckland CBD during a launch event at the Auckland City Mission today, International Overdose Awareness Day.

“At the moment we are turning a blind eye to overdoses and drug harm occurring among our most vulnerable in Auckland, especially those experiencing homelessness,” says Helm.

“That is causing untold harm for them, it is distressing for bystanders and inner-city businesses, and it takes up a lot of police and ambulance resources.

“An overdose prevention centre would offer a more compassionate, health-based approach that is also better for the wider community.”

She says that synthetic cannabinoids, which caused at least 51 deaths between 2016 and 2020, are among the drugs favoured by this community. Māori are disproportionately represented in overdose statistics, with national rates of drug-related deaths three times higher than non-Māori.

“For those experiencing significant trauma, it is a drug that is cheap and makes you pass out. Unfortunately, that frequently results in overdose and this drug continues to cause fatalities.”

Helm says that while there has reportedly been a reduction in synthetic cannabinoid use recently, the drug market changes rapidly, and other drugs used in this community are also likely to be more harmful.

“If fentanyl arrives on our shores, international evidence says this community is likely to be impacted the most heavily. At the moment we have very few overdose prevention measures in place.”

While an overdose prevention centre would be new to Aotearoa, there are more than 130 sites operating in at least 14 countries around the world, with proven results and extensive research backing the approach.

Uniting Medically Supervised Injecting Centre in Sydney has supervised more than 1.2 million injections without a single fatality since opening in 2001. New York City’s new overdose prevention centres, which opened in late-2021, averted at least 59 overdoses in the first three weeks of operation.

“The results from around the world are quite amazing – overdose prevention centres are saving lives,” says Helm.

The Drug Foundation says that the proposed pilot needs the Government’s green light because the 1975 Misuse of Drugs Act is outdated and gets in the way of new health-based initiatives. However, Section 37 of the Act would allow the Government, via an Order in Council, to issue a licence for an overdose prevention centre.

The proposal is co-authored by NZ Drug Foundation, Ngāti Whātua Ōrākei, and the Needle Exchange Services Trust. It is endorsed by Community Housing Aotearoa, Odyssey, the Centre for Addiction Research at the University of Auckland, NZ Prostitutes’ Collective, Hāpai te Hauora, Nurses Society of NZ, and ADIO Trust. The Foundation consulted a wide range of stakeholders including the City Mission, Police, Heart of the City, and health, housing and social sector NGOs.

Helm says the Foundation also canvassed those who would potentially use such a centre, and their response was overwhelmingly positive.

“One person told us it would mean that terrible things that happened to her down alleyways when she where she went to take drugs would no longer occur.” 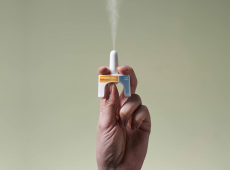 The Drug Foundation is calling on the Government to urgently make it easier for New Zealanders to freely access a lifesaving opioid overdose...