A delegation of Drug Foundation staff joined 1500 other people from 70 countries at the 2015 International Drug Policy Reform Conference, held 18 to 21 November 2015 in Washington DC. Shared below are reflections on the conference in three parts.

1. Shared desire to do more

Overall, what struck me most about the International Drug Policy Reform Conference was the strength of passion and commitment of attendees for drug policy reform. This was immediately obvious by the rousing reception the Welcome and Opening Plenary speakers got. Such was the level of enthusiasm and emotion displayed, the opening session had an almost evangelical feel to it.

The Conference opened with an inspiring speech by Ethan Nadelmann, founder and executive director of the Drug Policy Alliance, which runs the conference. Ethan stressed that “drug policy reform is many things but it is foremost a movement for liberty and freedom, freedom from oppression, freedom from fear, freedom from incarceration, freedom from racism, freedom!”

Throughout the conference, my sense was that the intense energy of participants came from a belief that there had been a tangible shift in the balance of power in favor of those opposing the ‘war on drugs’. Positive reform developments like legal cannabis markets in the US and pardons of people imprisoned for non-violent drug offences by President Obama were energising people. There also seemed to be a feeling that the upcoming United Nations General Assembly Special Session (UNGASS) on the world drug problem in April next year, was a crucial opportunity to make more substantial progress in moving drug policy away from a criminal justice response approach towards a social justice response.

As part of the conference’s opening address, Jason Hernandez, sentenced to life for a nonviolent drug offence and the first latino to be pardoned by President Obama in 2013, expressed a collective conference desire in asking for more to be done:

“Now Mr President, I love you like a father for giving me my life back and I will never be able to thank you enough for what you have done for me and my family. I know you’re not responsible for this war on drugs and I know can’t end it all by yourself. But Mr President, with all due respect, you need to do more.”

One of the more interesting and challenging breakout sessions I attended was ‘The Future of Digital Spaces, Drug Sales and Drug Policy’. A focus of this session was discussion around the now defunct Silk Road ‘dark-web’ online drug market place. Kirk Ulbricht, the father of Silk Road’s founder Ross Ulbricht, now serving a life sentence, was a panel member. Kirk explained that his son started Silk Road because he was a committed libertarian.

There was strong support amongst attendees for the concept of online drug markets as a harm minimisation approach. People considered that aspects such as online buyer feedback helping ensure sellers were offering the drugs they claimed, the potential for accompanying safe use advice and buyers being able to safely complete transactions from home, all had harm reduction potential. Conversely, on-line drug markets raise issues of ease of availability of drugs and not all sellers will be responsible. Thus, there are complexities here and strong regulation of any such markets would be necessary.

Such were the thought provoking issues raised at the Drug Policy Reform Conference.

In addition to the main breakout sessions at the core of the Reform conference, many organisations also hosted side events. One of these was run by Students for Sensible Drug Policy, an international grassroots student-led organisation which advocates for better drug policies which prioritise human rights and harm reduction. The event was a Model United Nations General Assembly, simulating next year’s real-life UN Special Session on the world drug problem.

As a student in my final year in 2015, I helped to set up and run the new Victoria University chapter of SSDP. Through this involvement I was able to secure a scholarship to the conference. I also participated in the Model UNGASS, representing New Zealand.

I was joined by 120 other SSDP chapter leaders and members from around America and the wider world. Each student was assigned a country, which they then had to research. What kind of drug policy do they have? What is their stance on harm reduction? What have they said in the lead up to next year’s big meeting? From this information, delegates came up with a position brief, which outlined where their country stood on matters.

Also included was a list of up to five recommendations for policies that the UN could adopt. The result of the Special Session is an outcome document, which is agreed to by consensus, and which holds within it a set of resolutions which member states agree to carry out. In the lead up to the UNGASS, nations are putting out their positions and working to form alliances so that their recommendations can make their way into the final outcome document.

As I represented it, New Zealand’s policy aligned with this latter group, which is the largest out of the three different factions. As a result, all five of the recommendations I put forward at the model UNGASS were passed. They were:

This side event was a valuable exercise in situating New Zealand’s position in the context of the world drug problem, and the efforts of the UN in addressing it. 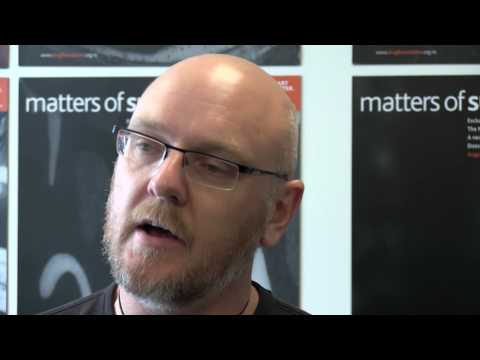 Extra: some other takes

The Drug Policy Reform Movement Wants to End the War on People, by Will Godfrey