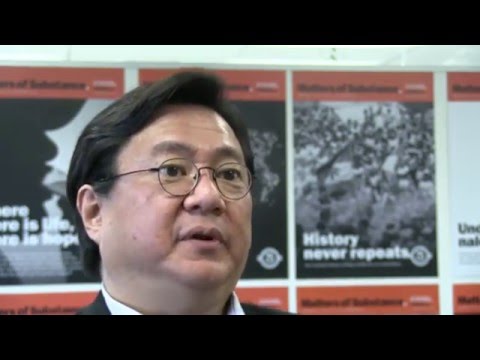 “We're near record levels of failure, so it's time to discard policies that have proved over and over they don't work,” the Institute of Policy Studies Fellow told audiences in Auckland and Wellington.

Instead of pursuing failed prohibition, Sanho encouraged us to look as broadly as possible to find effective responses.

“In the end, there is no substitute for building a healthy society. Drug abuse is often a symptom of larger problems,” Sanho argues.

Promoting a public health approach very much in accord with the Drug Foundation’s philosophy, Sanho says we can reduce the damage from drugs and the war on drugs by keeping principles of harm reduction central to what we do.

We are grateful to Sanho for spending some time here in Aotearoa and answering the trickiest questions we could devise. We’d also like to acknowledge seminar co-host Hāpai Te Hauora and the other presenters. At the Splore festival Russell Brown generated much dialogue about drug policy as a part of the Listening Lounge.

Sanho spoke at these two workshops:

Has the war on drugs failed? RNZ Nine to Noon interview