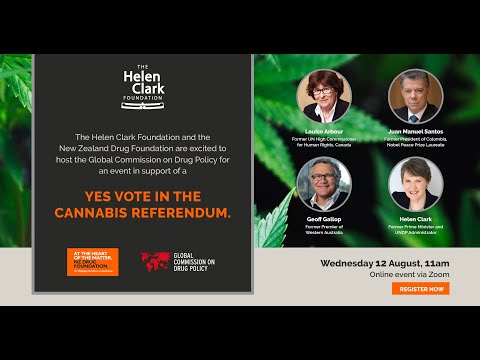 The Helen Clark Foundation and the NZ Drug Foundation recently hosted the Global Commission on Drug Policy for an event in support of a YES vote in the cannabis referendum. The distinguished panel of speakers outlined the case for reform in an international context. This is a recording of the live webinar.

The event was co-chaired by Holly Walker of the Helen Clark Foundation and Kali Mercier of NZ Drug Foundation.