State of the Nation

This is the second edition of our annual report on how New Zealand is dealing with alcohol and other drugs. 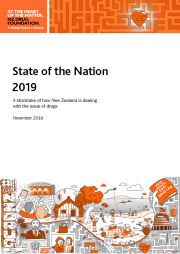 It shows that while kiwis of all ages, ethnicities and regions continue use illicit drugs despite the law, ethnicity and region play a significant role in whether or not they are penalised.

“In one part of the country you are more likely to be given a stern warning whereas in another you’re convicted for the same offence,” says Policy Manager Kali Mercier. “That’s not fair at all.”

As well as helping us understand where we should be focusing our attention, State of the Nation 2019 is intended to provide a backdrop against which we can assess the impact of any policy changes.

Figures collected from a variety of public sources and OIA requests tell us that more than 70 deaths have been linked with synthetic cannabinoids since mid-2017. However, alcohol is still the most harmful drug in New Zealand. Methamphetamine use is an ongoing issue, and Māori continue to suffer disproportionately from the harms caused by alcohol and other drugs.

However, there is a lot to be hopeful about. A new amendment to the Misuse of Drugs Act means Police may only prosecute for possession and use of drugs if it is ‘required in the public interest’. How this will affect prosecution rates remains to be seen.

The 2019 report was released in November 2019, using information compiled from publicly available statistics. It's designed to help us take stock, and provide a benchmark to assess whether recent reforms are delivering on their promises. We’d still like to see a complete overhaul of our outdated drug laws, and next year’s cannabis referendum is a great place to start.

Key facts from the 2019 State of the Nation

Today at Parliament the NZ Drug Foundation released Taking control of cannabis: A model for responsible regulation, a new report that shows ... 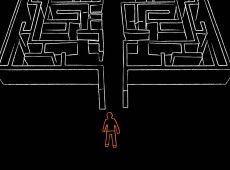 Our Through the Maze symposium in July was a starting point for change. 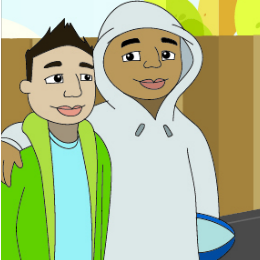