The safest way to prevent problems from using cannabis is not using it. However, a prior choice not to use cannabis may not help when it pops up in future. For some, it's safer and more realistic to learn as much as possible about cannabis, it's effects and how to use it more safely while conscientiously limiting use to small amounts on rare occasions.

Cannabis vaping and oral preparations are the most common alternatives to smoking cannabis and should be equally approached with caution. On one hand, they are non-combustible methods which reduce wheezing, phlegmy coughs and probably more serious lung and heart disease. On the other hand, they facilitate use in more settings because they are odourless and portable so we may need to be more careful to limit the amount and frequency of use.

Smoking cannabis, especially when combined with tobacco, comes with extensive and long-term risks for lung and heart disease. Gently smoking cannabis in a joint using rolled cardboard as a filter is better than smoking from a bong, pipe or using a tobacco filter which encourage stronger, deeper breaths that increase the risk of THC tolerance and dependence.

There is a very real danger of becoming severely intoxicated from eating or drinking something with cannabis in it. This is because consuming cannabis orally has a long and variable onset and intensity which depends on difficult to judge factors such as when and how much we last ate and the amount of THC consumed. Therefore, only use this method if you know approximately how much THC is in each portion and no sooner than 120 minutes after your last meal. Onset starts within 30 minutes for a drink or 60 minutes if eaten and continues to build, so wait twice this period before thinking of having more.

Compared to smoking, cannabis vapor from a vaporiser contains more cannabinoids (higher dose of THC) and you will tend to vape more frequently than if you were smoking cannabis. On the plus side, you the vapor contains a lot less nasties like tar, carbon-monoxide and other toxins. Onset is often delayed by a minute or two compared to smoking, so be careful not to use more than intended. Avoid dabbing, a method of flash vaporising cannabis sometimes involving butane. It can result in toxic doses of cannabinoids which rapidly build tolerance, making you need more to get the effect your desire which in turn increase the likelihood of mental health problems like psychosis. Methods involving butane also introduce an added toxin and explosion risk.

Call an ambulance if a child becomes intoxicated by cannabis

Children are at risk of life-threatening overdose and respiratory distress. Therefore, take care to store your cannabis where it cannot be accessed by children, especially edibles easily mistaken for regular food.

Using too much cannabis can be very unpleasant. Severe symptoms of cannabis intoxication include anxiety, panic attacks, disorientation, loss of coordination, increased heart rate, vomiting, shaking, chills and sweats. Try easing symptoms with a sweet non-alcoholic drink like sugar and water, eat something, moving to a comfortable place, and taking steady full breaths of fresh air.

If the amount or frequency you are using cannabis increases (e.g. once a month becomes once a week), make changes by reducing or stopping, at least temporarily. This will let your brain recover from a growing tolerance, allowing it to return to normal. Not changing your use at this point is to ignore a clear sign of bigger problems down the track. This is why it can be helpful to write down how much you use so you can quickly identify when it starts increasing.

Speak to the Alcohol Drug Helpline, counsellor, GP or health professional if

Here are three general things to look out for if deciding whether to use cannabis. 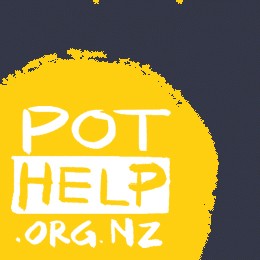 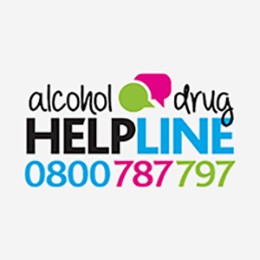 Alcohol and Drug Helpline are available 24/7 for confidential advice, support and guidance