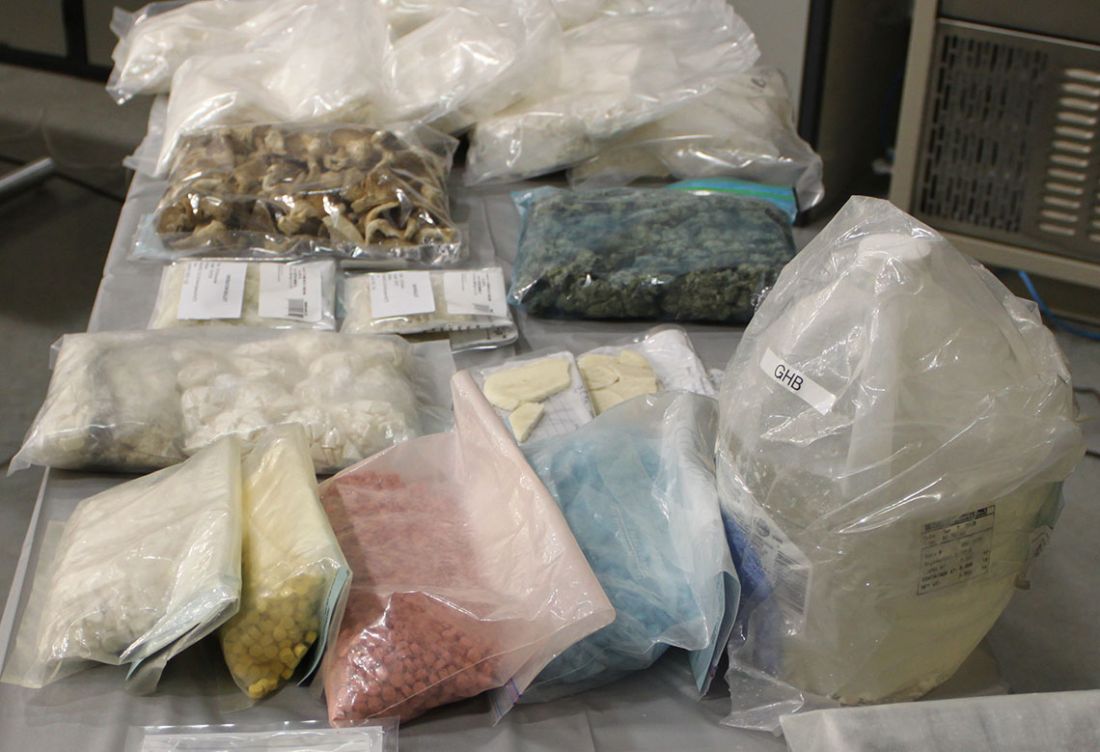 A drugs bust on the Indian Ocean, described as the biggest in New Zealand’s naval history, seized 260 kilograms of heroin worth a reported NZ$235 million in June. The frigate HMNZS Te Kaha was taking part in a United States-led international maritime operation targeting people trafficking and smuggling drugs, which were, apparently, part of a funding chain for terrorists.

Two months earlier, the UK’s Royal Navy intercepted a tugboat carrying 3 tonnes of cocaine off the coast of Aberdeen. The discovery was said to be the biggest Class A drug seizure on record in Britain and worth £500 million (more than NZ$1.19 billion).

Estimated values of seized drugs can be mind-bogglingly huge, and these recent, record-breaking hauls must be seen as a win for the authorities. Police and other enforcement agencies such as the Royal New Zealand Navy and New Zealand Customs Service are understandably keen to publicise their efforts to curtail the supply of illegal drugs, but exactly how are the values quoted in these stories calculated, and how accurate are they?

Mythbusters asked the New Zealand Navy how it estimated the value of its recent drugs bust. Lieutenant Commander Mike Peebles, the executive officer of HMNZS Te Kaha, says a United Nations Office on Drugs and Crime report provided heroin price information for the United States market from 2012. Using a price of US$800 per gram for pure heroin, they calculated the value of the 80 percent pure drugs they had seized would be US$640 per gram. Multiplied by 257.5 kilograms, this gave a total of US$165 million, or NZ$235 million.

A New Zealand Police spokeswoman says street value information for illegal drugs comes from a range of Police sources: “These include investigation, open source information, Police drug experts, drug notifications, intelligence and cases we prosecute.” She says New Zealand retail prices for methamphetamine remain high compared with other countries, and the drug is generally sold at about $800–1,000 per gram.

The approach used by Police and the navy – using recent information about the street value of a drug and then multiplying it by the number of kilograms seized – is fairly standard. However, Chris Wilkins, a senior drugs researcher at Massey University’s College of Health, says this method can “greatly inflate” the value of the drugs. That’s because illegal drugs intercepted in large quantities are usually sold at a cheaper wholesale rate compared to the price paid for smaller quantities on the street.

The higher street prices are compensation for the bigger risks suppliers are taking on, such as legal penalties and violence from competitors, so the unit price for a drug increases considerably as it gets closer to sale on the streets of a first-world country. It makes sense that a kilogram of cocaine bought in Colombia can be obtained a lot more cheaply than a kilo of the same drug hitting the streets of a city like New York.

The figures used in media coverage can give the public a misleading impression about the impact drugs seizures have on suppliers, because they are based on the price paid at the end of the line by consumers. He suggests an alternative way of calculating value would be to work out the social harms prevented if a quantity of drugs was intercepted by Police or Customs. These would include reduced health costs, car accidents and loss of life. The savings would be far greater than the simple retail value of the drug.

Dr Wilkins says he would describe Police estimates in media headlines as accurate but “not necessarily highly precise. It’s hard for them to take into account what happens to these big kilo lots, where they are sold, how they get cut and what quantity they are going to be sold in.”

According to the 2015 Global Drug Survey, which covers 50 countries, Australia and New Zealand are some of the most expensive countries in the world to buy ecstasy or cocaine. Australians report paying €207 for a gram of cocaine, while New Zealanders say they pay €191 (NZ$317) – about twice as much as someone in Switzerland would pay for the same amount. In Brazil, it can cost as little as €9 for a gram of cocaine, with the purer version costing €15. Even within New Zealand, the price of methamphetamine is generally higher in Christchurch than in Auckland or Wellington.

Geographic location, purity, availability and the risk of legal penalties are all factors that influence the price paid for illegal drugs, and these will fluctuate over time. It is difficult for authorities to get an up-to-date fix on all of these when they assess the value of drugs seized, so the estimates seen in media coverage should be seen as a rough guide only. Believe the headlines, but take them with a grain (or gram) of salt.