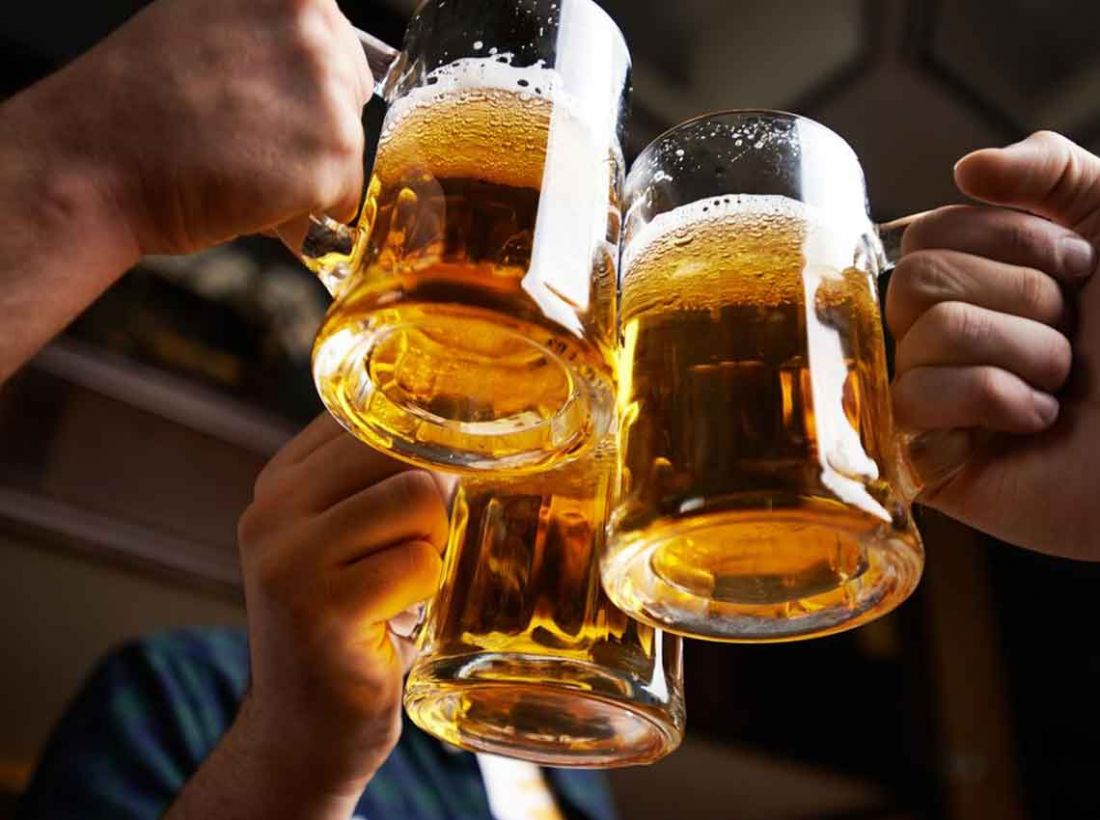 In a deeply personal reflection on his childhood and the alcohol-soaked environment he grew up in, Eugene Carnachan describes how drinking impacts so many Māori families, the intergenerational harm it causes and how he imagines a different kind of future.

A lot of kids growing up in Māori homes and communities are familiar with immediate and wider whānau, whānau friends and friends of friends gathered for a “garage party”. Hell, we may have coined the phrase so common garage parties were – and still are.

When I was a kid, a mate of mine took to calling these parties “happy hour”.

Listening outside the garage door as a child, one heard the chinking of full bottle on bottle as people farewelled yet another to join the 8, 9, 10 already downed. One heard the laughing of people enjoying themselves as the humour flowed almost as quickly as the inu waipiro. One heard the strumming of a guitar with gusto to the obligatory Bob Marley song. One heard the loud conversations between songs engaged in with equal gusto. Alcohol induced emotions converging with the feel-good vibe, the music, the moment.

One remembers the change. And boy did it happen quick. In a hāngï hot second. When the drunkenness passed from having a semblance of control to none. Not a sliver. Not an iota. Nil. The point when unfiltered words fell out of people’s mouths. When violence flowed like the spilled bottles strewn across the garage floor. Something was said or done, and someone else took exception to it.

The offended party yelling incoherent threats they could not articulate through their drunkenness if their life depended on it. But inebriated anger really needs no translation. Raw, unfiltered, uncoordinated alcohol-induced anger let out of the cage is recognisable anywhere in the world.

One remembers people screaming for calm. Others for blood. Others just screaming. One remembers the sounds of tables and chairs flying as actions escalated to match the threats. One heard the thud of a glass bottle on skull, more screaming, more threats. One remembers a man restrained, another carried in the opposite direction. And so happy hour again spirals into minutes of madness.

Physics applied to a garage party: what goes up must come down.

People who moments before were peaking at the crescendo of their good time singing “One love, let’s get together and feel alright” are now trying to render each other violently unconscious. The night that started with a few beers ends in blood and tears. But it never really ends. Next week, rinse and repeat, people in a rush to get back to that happy place and push last week into the recesses of one’s memory attic.

"The night that started with a few beers ends in blood and tears. But it never really ends."

By osmosis, it simply becomes life. The ubiquity of drinking in our Māori communities is unfortunately … ubiquitous. That was not always the case. Like many things we as Māori partake in, alcohol consumption was a learned behaviour that took time to become rooted within our communities.

Māori were one of the few cultures to have not developed psychoactive substances. Early Europeans noted that alcohol wasn’t appealing to the Māori palate. Joseph Banks, a botanist who travelled aboard Endeavour with Captain Cook from 1768–1771 wrote of Māori “water is their universal drink”.

The first sustained use of alcohol among Māori was by those who had prolonged contact with Europeans on ships, especially at the port of Kororāreka from the 1820s. In this region were hardened seafarers, whalers pioneering a new way of life in a new land. But that new way of life included old ways. A hard desolate way of life gave rise to hard drinking, a life without boundaries or social mores.

From this unseemly start, the British population began to increase beyond Kororāreka. Twenty years later, the Treaty of Waitangi was signed and the British population grew, then burgeoned – as did the availability of alcohol. In this same epoch, Māori were violently forced from their lands. In a few decades, they went from a merchant class controlling the trade of flour, flax and agricultural produce to tangata whenua without whenua, the underclass – a place we Māori have sat in New Zealand society since. Unfortunately, problem drinking is linked with social disadvantage. The data around this is strong. Māori, like Indigenous Australians, First Nations Canadians and Native American Indians, feature disproportionately in alcohol harm-related statistics.

The downstream effects of the presence of this ngārara within our communities is telling. One in five traffic offences are caused by alcohol, one in three crimes of violence involves alcohol. Alcohol is involved in one in two serious crimes of violence, one in three cases of family violence, one in four property offences and one in five sexual offences. Māori are disproportionately represented as both perpetrators and victims of these crimes.

"Twenty years later, the Treaty of Waitangi was signed and the British population grew, then burgeoned – as did the availability of alcohol."

The statistics around the adverse health effects of drinking on Māori are also telling, and one in particular stands out. A 2007 study looked into the outcomes of alcohol consumption in New Zealand. They found the death rate for non-Māori per 100,000 was 14. For Māori, it was 34 deaths per 100,000.

There is no more graphic or pointed illustration of how our drinking habits are affecting whānau Māori. Some of our parents, cousins, aunties, uncles, husbands, wives and friends are quite literally drinking themselves to death.

I live in hope that most if not all whānau Māori can imagine a life that doesn’t revolve around inu waipiro at every turn. I have met one such whānau in which it does not. The Pene whānau nō Waitākere. Rawiri and Kohe were once addicted to alcohol and drugs. Each got clean, changed the course of their lives, committed to that course, met each other, started a relationship, committed to each other in marriage and had kids. Children who were raised in a home where there was no drinking, no use of drugs. The Pene whānau are an incredibly close-knit whānau. A whānau brought up around Kohe and Rawiri’s professional lives working within the alcohol and drugs rehabilitation sector. Their kids who range in age from children to young adults are bilingual, speakers of te reo Māori and English, aspirational. Children raised never having sat outside a garage listening to happy hour turn to minutes of madness, never having seen beer turn to blood and tears. They don’t carry the traumas of being a user, an observer.

I hope that, as we progress in the 21st century, Māori social inequities will be addressed. Māori involvement in these discussions and in fact driving these conversations is essential – and to be frank, we have to be. We need to come up with new normals, new ways and best practices within whānau, within hapū, within iwi, within all of our communities that better manage our relationship with alcohol. Ways of being that work towards insulating us from the harms that are visited upon our whānau on a daily basis across Aotearoa.

Last year, the Drug Foundation and Te Rau Ora, an organisation dedicated to strengthening Māori health and wellbeing, announced a partnership with a new approach to workforce development and addiction through an integrated model of prevention.