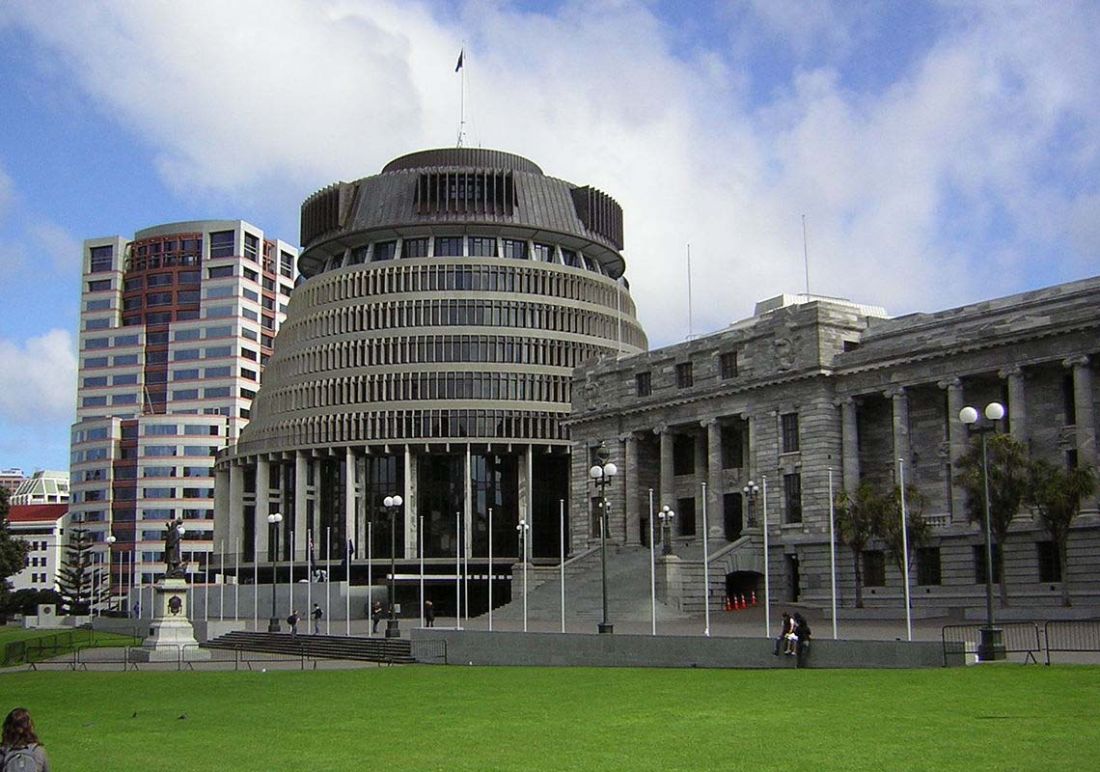 In this message to New Zealand politicians, Kali Mercier, the Drug Foundation’s Senior Advocacy and Policy Adviser, explains why drug law reform should be an important election issue this year and why politicians need no longer fear that supporting change will lose them political traction.

There is no denying the topic of drugs can bring out strong feelings. For some, drugs are a moral issue. Words like ‘evil’, ‘scourge’ and ‘War on Drugs’ are bandied around by our media, and there’s always someone calling on the government to ‘come down hard’ on dealers. In a recent outburst, one TV commentator even called for methamphetamine manufacturers to be shot in the back of the head.

That may be why most New Zealand politicians seem keen to avoid rethinking our drug legislation. Perhaps they see the issue as too contentious, too ‘fringe’, too polarising – especially with an election fast approaching. Better to stick to the mainstream issues, such as housing, education and the economy, and try to ignore marginal issues like drugs ... right?

Actually, we argue that the wide-ranging negative effects of our outmoded drug law make this issue anything but marginal. Drug harms, and how we deal with them, feed into so many of the core issues politicians grapple with, including poverty, crime, Police numbers, overfilled prisons, housing insecurity, poor outcomes in social development, health, mental health and education. And it costs a lot. The New Zealand Drug Harm Index estimated the total social cost of illicit drug-related harms and intervention at a whopping $1.8 billion in the 2014/15 year.

Our drug law is simply not fit for purpose. The criminal model both stigmatises drug users and is a barrier for people seeking the help they need. And because drugs are illegal, we can’t have the kind of sensible public debate about their impact that we need. Instead, public discourse is side tracked by sensationalist scare mongering about crime waves and drug epidemics.

Drug addiction tears apart families – but so does our drug law, which not only fails to protect people from harm, but adds to it by introducing people into the criminal justice system. As of December last year, 13 percent of our prisoners – around 1,300 people – were incarcerated primarily for ‘drugs and anti-social offences’. In 2015, 1,726 people were convicted for cannabis possession or use. Having a conviction has many negative impacts on an individual’s life and earnings. And, sadly, we know a parent having a conviction correlates with a decrease in their children’s life outcomes.

It’s worth underscoring here that we want to see reform not because drugs are safe but precisely because they can be very harmful.

So our next question to our politicians is: in 2017, is drug law reform really as contentious as you think? In a survey commissioned by the Drug Foundation in August last year, 64 percent of respondents agreed that possessing a small amount of cannabis for personal use should be either legal (33 percent) or decriminalised (31 percent). To repeat: two-thirds of New Zealanders are totally up for cannabis law reform. That doesn’t sound particularly contentious.

In fact, having a major party come out strongly in favour of cannabis law reform could be galvanising for voters. This is what happened in Canada, where Prime Minister Justin Trudeau sailed to power on a ticket that included a commitment to legalise cannabis. And do New Zealanders in the Age of Trump need some visionary policy to get behind? We would say, “definitely”.

Drug law reform is also gathering steam in the rest of the world, so if we changed our drug law, we would not be doing anything particularly ‘out there’ on a world scale. Recreational cannabis is now legal in eight US states and has been decriminalised in 18 more. In Chile and Jamaica, it’s legal to grow it. In Spain, it’s legal to smoke at home, and if you smoke in public, you’ll get a fine, not a conviction.

In Uruguay, you can possess, cultivate and sell cannabis completely legally. And cannabis has been decriminalised in a host of other countries.

There’s now plenty of evidence that decriminalising or legalising drug possession does not lead to social breakdown or dramatic uptakes in youth drug use. Countries that have decriminalised on the whole do not appear to have seen increases in health harms or drug use – though much depends on policy decisions around marketing and price and how much money is invested in treatment and prevention. As added bonuses, dropping criminal penalties saves vast sums on enforcement costs, and regulation could significantly increase tax revenue.

So what do MPs say about drug law?

Prime Minister Bill English is not a big fan of medical cannabis, and it’s certainly unlikely he will propose legalising recreational cannabis any time soon. Labour leader Andrew Little is reticent too, reportedly saying he doesn’t think decriminalisation would work as a policy and legalisation is not an option for Labour.

Amongst the smaller parties, there is more flexibility. United Future’s Peter Dunne (Associate Minister of Health) is keen to be involved in a review of the legal penalties for drug possession later this year. Asked whether he might favour replacing criminal penalties with civil, Dunne reportedly said it was premature to speculate, “but any review opens up a range of possibilities”.

NZ First would like a referendum on cannabis legalisation. Act leader David Seymour does not come out directly in favour of decriminalisation, but he’s very sceptical about the benefits of the status quo. Māori Party co-leader Marama Fox supports broadening access to medical cannabis and would like a “wider debate” on decriminalisation.

So far, the Green Party is alone in publicly supporting regulation for both recreational and medical cannabis use. Its recent policy also calls for increased prioritisation of drug education, treatment and intervention.

So what model of law reform do we propose?

The Drug Foundation would like to see a public health approach to drug regulation focused on minimising harm. For us, this means removing criminal penalties for all drug use, possession and social supply and exploring different options to reduce the harm arising from both current law and from the drugs themselves.

We’d also like to see a strictly regulated legal cannabis market. The word ‘regulated’ is key here. As with alcohol, communities need a say over where and how cannabis is sold and consumed, and there should be strict controls over price, potency, marketing and type of products available. We don’t particularly want to see cannabis lip gloss and jellybeans on sale, for example. Policy should be designed with health and other social impacts first and foremost, and these decisions should not be industry led. We’re definitely not advocating a profit-driven model in which ‘Big Cannabis’ joins the table with ‘Big Tobacco’ and ‘Big Alcohol’.

Canada could be a valuable guide for us here. Its government taskforce released a cannabis policy framework in November last year, designed specifically to protect young people from harm and to keep profits out of the hands of criminals.

It’s worth underscoring here that we want to see reform not because drugs are safe but precisely because they can be very harmful. It is crucial that any law reform includes greater resourcing for prevention, education and treatment. Any revenue gathered through taxation should be ear marked for those purposes.

So what would we like to see from you this year, MPs?

A good start would be recognition that taking a positive stance on this issue is likely to gain you support, not lose it, because most New Zealanders stand behind cannabis reform. Taking an evidence-based approach to drug law is now a real option for any MP who cares about crime, justice, healthcare and saving the taxpayer money.

So what are you waiting for, MPs?