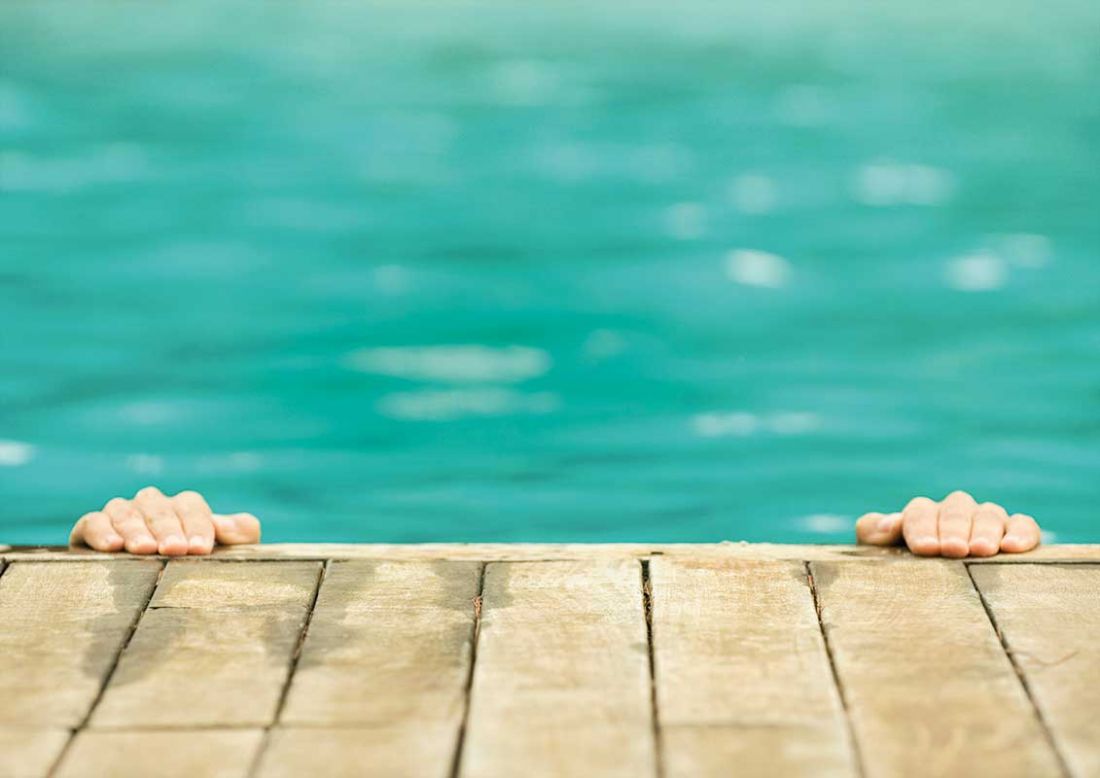 Angus Lindsay talks us through his upbringing where he was constantly surrounded by both the positives and negatives of drug and alcohol use. Based on his experience and a few hard-learned lessons, he concludes with some observations about how, as a society, we deal with substances and the people who use them.

It was a blistering hot, early summer’s afternoon. Tüï were singing in the trees overhead, and all the kids in the neighbourhood were crowded around the pool doing bombs and splashing. The sounds, smells and sights of a classic Kiwi summer were in full force.

Nearby, inside a dimly lit room, adults were huddled around the table coughing, laughing and sharing their stories from the past week. They were having fantastic conversations I just wanted to be a part of.

“I don’t want to be out here with these kids!” I thought to myself. But heading inside, I was promptly stopped by an authoritative voice: “Kids outside today. The adults are having alone time!”

Begrudgingly, I walked back outside and began plotting how to re-enter the forbidden darkness of my elders.

The mood inside the dimly lit house grew cold. Something was up. I knew this was my opportunity to get in on the adults’ conversation. I thought back to something I had learned earlier in the day. Running into the room, I proudly announced, “Did you know the Amazon rainforest is the largest in the world and is home to over 40,000 plant species?”

I was involved in great conversations with family and friends while they were high, discussing ‘adult’ topics and expanding my mind ...

The feeling of the room immediately lifted! Several of the adults further questioned my knowledge of rainforest ecology, and the rest started laughing and talking. I was successful – I had made them happy!

I had a great childhood, filled with love, affection and the odd summer holiday away with my grandparents. We never went hungry (even if our mum had to sometimes) and were given everything we could ever need.

But my childhood was not without its challenges. My parents divorced when I was eight years old, which placed a huge strain on my family’s and my own mental health. I was moved to a smaller school and was beaten up and bullied most days. I often faked illnesses to stay home from school and contemplated ending my life. No one else knew this, but I didn’t know who to talk to. I came to see the world as a dark place and, for the first time, began to realise some of the negative consequences of the drug use around me.

Heavy drug and alcohol use was common where I’m from. Looking back, I remember hard-working, unhappy people who did what they could to provide for their families. Their release was cannabis and alcohol. I remember this is when I started to feel anxious and scared that the people close to me would be taken away by the Police – or worse.
As a teenager, I realised drug use was a fairly common thing even outside my family circle. We had been told by Harold the Giraffe that drugs were bad, but I could see drug use in a positive light. I experienced the effects alcohol and cannabis had when people were socialising. I was involved in great conversations with family and friends while they were high, discussing ‘adult’ topics and expanding my mind with ideas that may not have flowed so easily without some help from Mary-Jane. What was Harold to say to that?

In my teens, I developed a passion for playing music. I joined a band and slaved away for hour upon hour, perfecting my craft. I become obsessed. I started to play gigs and was invited to parties. This is where I began my own experiments with alcohol and drugs.

I was surprised to discover that cannabis helped my creative side and made me more caring and empathetic to the people around me. Alcohol allowed my shy teenage self to become more confident and sociable. So for the first time in years, I was making friends! This started my teenage love affair with these substances.

Our teachers told us any use of illegal drugs was bad and that the only acceptable drug was good
old alcohol.

The extent of my drug and alcohol education at school was rooted in a clear way: use = misuse. Our teachers told us any use of illegal drugs was bad and that the only acceptable drug was good old alcohol. At home, I was lucky to see both positive and negative sides of drug and alcohol use, but being stubborn, it took me years to learn for myself.

Every Friday and Saturday night, my friends and I would drink hard and fast – the New Zealand way, right? We slept where we dropped, then snoozed long into the afternoon, relieving our sore heads with a diet of greasy pies and bongs for breakfast. At times, friends’ parents even encouraged us to drink. It was a ‘coming of age’ ritual – it’s what teenagers do. It was accepted.

I wasn’t sure how to deal with my angst when I was a teenager. Major life changes, being bullied, being poor at communication and feeling a lack of direction all made life seem not worth living at times. All regular teenage problems, right? Around me in my home, there were good, fun and happy times but also a lot of sadness. Looking back, this was no doubt made worse by my own and others’ drug and alcohol use.

Our patriarchal culture expects us as men to harden up or ‘handle our shit’ to suppress sadness. Real men don’t show negative feelings, unless they’re rooted in anger or aggression. It’s socially entrenched, and writing this, I still feel its pull. When things felt like they were falling down around me, alcohol and drugs seemed to offer an easier, more reliable form of counselling than talking to someone about my problems.

After high school, I decided to stop using all drugs and change my life. I began to learn Muay Thai, and a year later, I began competing around the world, later becoming a New Zealand champion. Little by little, day by day I literally fought my demons inside and outside the ring. After two years of abstinence, I decided to begin a long journey of working out how to use drugs safely. I remembered the positive effects that some substances offer. I wanted to have drugs back in my life.

Tragedy struck with my coach and mentor passing away. I starting drinking a lot to numb the feelings I was experiencing. Success in competition had taught me that I had to keep trying to be better. I worked at it and fought my demons once again, but I now had a new goal: to be the first in my family to go to university. I began studying with the intention of helping other people like me – those who were either too proud, too shy or just not sure how to ask for help.

In 2016, my stepfather was taken early from harms related to lifelong drug and alcohol use. Even then, seeking help was difficult. Eventually, I began seeing a counsellor who helped me work through my fight with anxiety and depression, teaching me that it’s OK and normal for people, including men, to feel this way sometimes and that talking was far better medicine than drugs or alcohol.

Many of us in New Zealand (like myself) are taught problematic drinking practices from an early age, and we are not very good at talking about our issues. Instead, it’s easier to find the solution at the bottom of a bottle. This is directly linked to our stoic, colonial predecessors and the culture we have inherited. As a society, we often demonise certain drugs and the people who use them. Many of the laws and societal attitudes we have around legal and illegal drugs are rooted in archaic, puritanical ideals that have no medical or scientific rationale.

I truly believe we need to look at the ways we teach young people (and ourselves) to use alcohol and other drugs. We should take responsibility and encourage people to use them in a responsible, evidence-based manner, and we should avoid demonising these substances and people who choose to use them.

I wish I had had more support and had known where to turn when things looked dark. Identifying and supporting our at-risk rangatahi is of utmost importance. I also wish we had much wider access to resources and knowledge so people can find alternative ways of coping with life’s stressors, especially for people like my past self who may not have a severe addiction but whose use is borderline problematic.

Finally, we need to destigmatise seeking help for mental illness – we need to treat people with more love and compassion. Due to my past experiences, education and efforts at combating my own mental health problems, I have discovered why my teenage self turned to drugs and alcohol to escape. These days, I’ve got a choice if I use drugs or not. I am more in tune with ‘why’. While I’m thankful for my experiences, as they have helped create who I am today, I’m hoping others find support early on when they need it most. There’s a way forward for drug legislation in New Zealand too, but we need to be brave and try something different.

Angus Lindsay
Angus Lindsay is a Victoria University of Wellington BA graduate now studying criminology for an honour’s degree, and he volunteers for JustSpeak’s policy team.