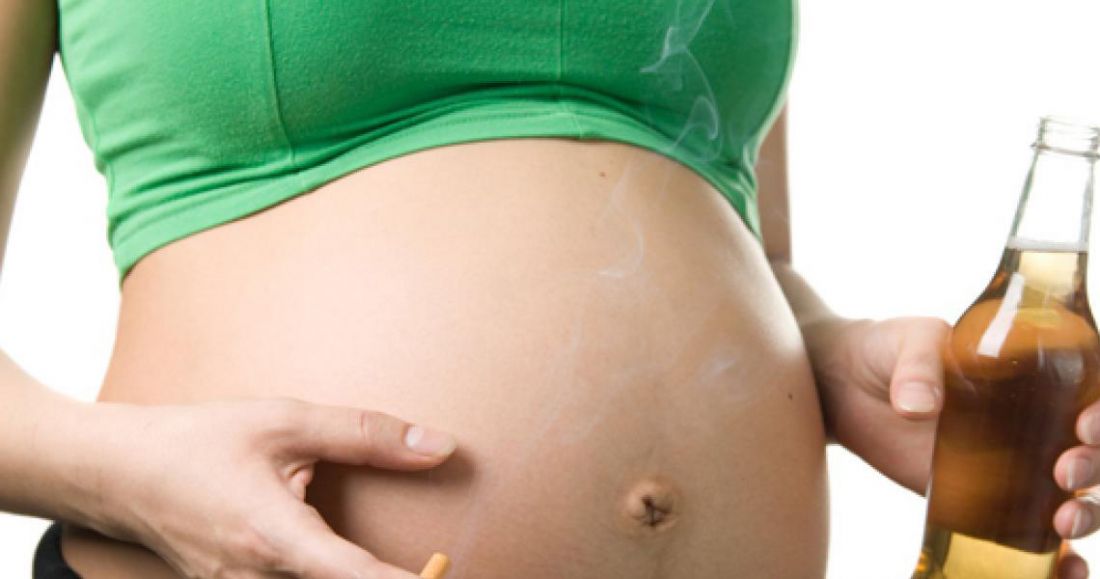 In 2011, a trans-Tasman food labelling review, led by New Zealand, recommended the introduction of pregnancy health warning labels on alcohol products in New Zealand and Australia. The primary motivation was to help address soaring rates of foetal alcohol spectrum disorder. Trans-Tasman ministers responsible for food safety gave the alcohol industry two years to voluntarily introduce a system of warnings, after which the situation would be reviewed. The implication was the industry should get it right or face compulsory labelling.

In June 2014, those same ministers voted to allow the industry another two years' grace. This prompted concerns from health advocates about the delaying tactics and undue influence of the powerful alcohol industry. But do alcohol warning labels actually work? And should the industry be forced to include them on their products?

Children exposed to alcohol in the womb are at risk of serious and permanent brain damage and other life-long disabilities, known as foetal alcohol spectrum disorder (FASD). The evidence that incidences of FASD are rising is compelling and widely accepted. Children’s Commissioner Dr Russell Wills said in July this year that this is a situation that “terrifies” him.

If there’s any suggestion that some form of regulation could help reduce FASD rates, it should be taken very seriously indeed.

During the last decade, there have been numerous studies into whether alcohol warning labels actually change behaviour. The industry would like to have us believe that the result of these studies is a resounding and collective “no”, but this is not really the case.

In its submission addressing the alcohol-related component of the Issues Consultation Paper: Food Labelling Law and Policy Review (5 March 2010), the then Alcohol Advisory Council (ALAC) referenced 16 or more studies into alcohol warning labels. Of these, two noted definite changes in behaviour resulting from labels and five found some moderate positive benefits – such as increased knowledge of the dangers of drinking while pregnant. Five studies were not related to effectiveness, and just four found warning labels had little or no effects on drinking behaviour. Two of these four suggested the placement or lack of conspicuousness of the labels was probably a reason they didn’t work.

Collectively, what these studies indicate is that warning labels do have some positive effect but that their wording, size and placement are important to how well they work. No one would argue, however, that warning labels would solve the problem on their own, just as plain packaging on its own, or banned retail displays on their own, would solve the smoking problem. Rather, warning labels (like these other initiatives in the tobacco control realm) are an important component of an overall unified strategy to reduce alcohol harm. Every little bit helps.

Studies also show that some women, who are drinking more – and have coincidentally emerged recently as a target market for the industry – are largely unaware of just how dangerous it is to drink while pregnant. So another argument for warning labels is that consumers have the right to be informed (and reminded) about any harm that may result from substances they consume. There is no more costeffective way to do this than by making a clear and obvious statement on the product itself.

And this leads nicely to the next argument for alcohol warning labels. The alcohol industry is quick to point out that alcohol is different from tobacco. There is no safe level of tobacco consumption, they remind us, but there is for alcohol, so the need for warnings doesn’t apply. This begs a significant question in that we do require labelling on a number of food products that are arguably less harmful than alcohol. Ingredient lists, for example, help the health conscious avoid e-numbers, artificial flavourings or excessive sugar or salt. They’re a form of warning and are accepted as normal practice, so why is the industry so opposed?

And there’s no doubt they are opposed. The industry’s voluntary efforts over the first two-year trial period have been less than remarkable and smack of delaying tactics.

An independent audit of 250 alcohol products undertaken in Australia showed that only 37 percent carried any consumer information messages. Just over a quarter carried a pregnancy-related message, and 59 percent of warnings, where they were present, were at the back of the product. In 86 percent of cases, the warnings took up less than 5 percent of the label.

We shouldn’t be surprised by this. There’s a conflict of interest the size of a whale in asking any industry to regulate itself when those regulations will hinder sales. And that’s why alcohol warnings must be made compulsory and be regulated by governments who are concerned about their people’s health (including the health of the unborn) instead of profits.

The case against alcohol warning labels – and mandatory labelling in particular – revolves around two main points. Firstly, there’s no real evidence that they work. Secondly, it’s unfair to force costly regulations on an industry when they have not been proven effective, especially when little else is being done on a societal level to address harms such FASD.

A 2001 study by C S Stockley published in the International Journal of Drug Policy found that health advisory warnings were inappropriate for reducing alcohol-related harms because they generally didn’t work. A more recent Australian study appearing in Drug and Alcohol Review (February 2009) found there was little evidence that warning labels have had any influence on drinking behaviour in the USA.

Evidence of any kind of positive effect is usually pretty vague and is generally present only when messaging is done in conjunction with other broad social change activities like high-profile public education campaigns. We do these well around drink-driving, smoking and family violence – but in New Zealand, no such campaign exists around the dangers of drinking while pregnant.

If you took all the other tobacco control measures away and left just warning messages on cigarette packages, would you expect them to have much effect?

It’s also worth pointing out that, according to the Ministry of Health’s Alcohol Use in New Zealand: Analysis of the 2004 New Zealand Health Behaviour Survey, 82.4 percent of female drinkers aged 16–39 years who were pregnant reported stopping drinking alcohol. This indicates that a high level of awareness already exists. Considering their lack of effect, warning labels are unlikely to result in much change for the remaining 17.6 percent.

What the industry finds objectionable about regulated warnings on labels is that they come with significant costs in terms of marketing and new labelling. Lion External Relations Director Liz Read says the industry wouldn’t necessarily mind wearing the extra cost if it knew warning labels would reduce alcohol harm.

She points out that the real estate on alcohol labels is actually pretty limited so compliance costs could be particularly onerous for alcohol producers if warning size and placement are stipulated. In 2008, Lion estimated the cost of introducing labelling across its portfolio at $6.5 million in the first year and $4.2 million the year after. This cost would need to be passed on to consumers.

The oft-heard comparison with warnings on tobacco packaging is also simplistic and invalid. Most agree moderate consumption of alcohol is perfectly acceptable as part of a healthy lifestyle, while there is no safe level of tobacco consumption. Tobacco control is focused on complete cessation, so warning labels are appropriate as part of a mass campaign. With alcohol we only want to encourage certain people not to drink, such as pregnant women. The situation is completely different.

And as New Zealand Winegrowers Chief Executive Philip Gregan told RadioLIVE in August 2014, there’s a “huge difference”. Every smoker’s health is affected, but health issues people may have with alcohol are only experienced by those at the “extreme end” and need to be targeted that way. “Across-the-board fixes won’t work,” he said.

Lastly, there is no reason to regulate alcohol warnings. That the industry was given another two years is a sign that it is making really good progress on what is an expensive and time-consuming process.

The industry is doing its bit – even though there’s no real evidence it will make any difference – so further regulations are the last thing anyone needs.