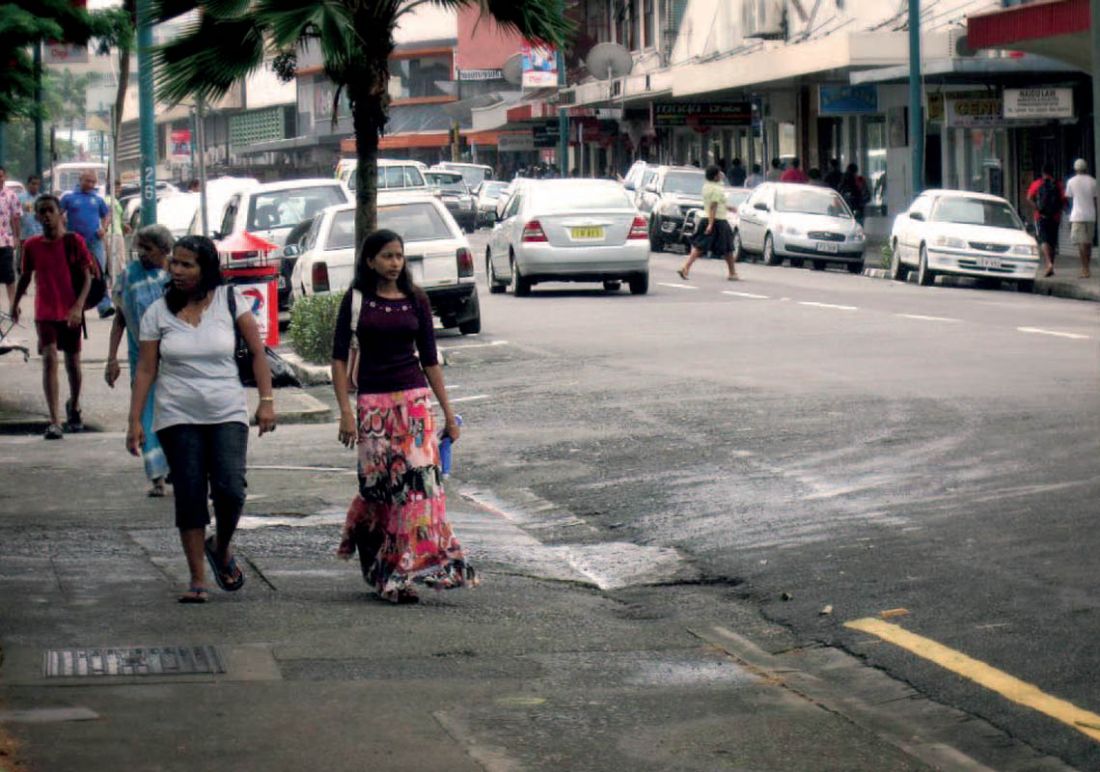 Jacob Quinn, a Kiwi living in Fiji, examines the Fijian Police drug unit’s multipronged effort to reduce drug-related harm in their communities, beginning with a brief history of drug use in the island nation.

Drug use is not new to the beautiful Fijian Islands. Alcohol, kava and cannabis are part of daily life for many there. Illicit drugs are much less common, although Fiji Police believe their use is on the rise. Because of its location as a major port in the heart of the Pacific, the country faces both illicit drug trafficking and increasing use, especially among the young.

Traditionally, ethnic Fijians – known as iTaukei – and indo-Fijians (who make up around 37 percent of Fiji’s 827,900 people), as well as the myriad of other ethnicities that form Fiji’s colourful, at times, strained multiculturalism have used various forms of psycho-active drugs during their rituals and ceremonies. Indentured labourers and riley seafarers brought marijuana and hemp traditions from India and elsewhere when they arrived to work the sugar plantations and to trade.

Like it is throughout the Pacific, kava (the beaten down root of a narcotic pepper plant mixed with water) is widely consumed by iTaukei, and over time, indo-Fijians have also adopted kava-drinking rituals.

As the sun sets over Fiji, the ubiquitous ‘clank’ sound of kava being stomped into a fine dust can be heard as young men pound the ‘grog’ in preparation for the evening’s drinking session around the Tanoa bowl. Like elsewhere, kava drinking is still a male-dominated affair in Fiji, although by no means exclusively so.

Cannabis grows easily in Fiji’s sunny, wet climate. Many of the country’s 322 islands, coated with coconut trees, tropical forest and thick vegetable patches, are difficult to access or patrol, creating ideal conditions for growing and cultivating the plant. Increasingly, marijuana is used as a cash crop, particularly during times of economic hardship or financial strife within a community.

Assistant Superintendent Sakeo Ganivatu is the head of the Fiji Police drug unit based in Central Division HQ in Suva. He says smoking cannabis and sniffing glue are the most common forms of illicit drug use in Fiji. Drug use exists everywhere in Fiji – it is not something confined to the bigger urban centres.

“It is in rural areas just as much as in urban areas,” he says.

I asked him if harder drugs were also an issue in Fiji. Sakeo says they are increasingly coming into the country.

Sakeo believes that kava and alcohol are gateway drugs. He says their use “gets young ones into substance abuse” and establishes harmful patterns of behaviour. He explains that drinking kava every day “can be fatal for young people. It makes them lazy, they don’t work, then they follow the easiest path in life and then it invites [the use of] other drugs.”

I asked Sakeo about people using kava and alcohol together, having heard anecdotal reports of this.

“Generally, you would drink grog one night, alcohol the next, rather than together,” he says. However, he did think kava and alcohol combine to carry serious social costs and is concerned with the link between them and violent crime.

Fiji Police work with communities on causes of drug abuse

Assistant Superintendent Sakeo Ganivatu comes across as a kind man with a big heart. He believes the best way to reduce drug use – he’s mostly talking about cannabis, glue sniffing and alcohol here – is through improving the overall environment that people live in. This means targeting a range of community-based programmes that address social, economic and educational shortfalls.

Sakeo and his team have done a lot of work with squatter settlement communities in Suva. He recruited around 20 volunteers to do a survey of the inhabitants of the squatter area and, from that data, created a plan to help them.

He wants kids to have alternatives to sitting around sniffing glue, so one of his initiatives was to get young people playing more sports in safer environments. There was nowhere (other than on the road) for the kids to play, so he has been trying to get bulldozers in to clear a rugby field for them.

His team has worked with local communities to improve other social and economic conditions. Sakeo’s team advocated for road construction in areas where lack of resourcing and transport has caused isolation and made bad situations worse for people.

They have also been involved in giving workshops on parenting and with the establishment of a fish farm project. With this suite of measures, Sakeo hopesto keep young people away from glue sniffing and cannabis – a goal made more achievable with the community’s and schools’ direct involvement and support.

Sakeo was keen to talk to me about his Catch Them Young programme, which kicked off in June 2011. He says the in-school component of it has been a huge success in reducing drug-related complaints from teachers to Police, and he wants it rolled out all over Fiji.

Piloted at Gospel Primary in Samabula, Suva, the programme was designed to be the school-based element to complement the other community-based programmes on offer. Targeting year 7 and 8 students, Catch Them Young uses Police or military style drill techniques such as marching. Sakeo says these drills are the “types that cadets do” and aim to “instil [self-]discipline” in the kids.

This aspect of the programme is not about punishment – it’s about pride. Sakeo explains that, eventually, the kids graduate the programme in a ceremony that involves a display of their newly honed Police drills. He says the idea of it “is to teach them how to resist temptation and increase discipline”. He says there was a rapid drop in the number of kids in year 7 and 8 caught with drugs – down to zero.

Before you baulk at the concept, keep in mind that Fiji is a country with a proud military culture and tradition. Giving kids an opportunity to emulate drills while marching in a uniform might seem odd to a New Zealander, but in Fiji, this type of activity is deeply associated with respect and tradition. It is not surprising then that the approach has so far been a success.

The programme includes an awareness element where Police officers present to students on the dangers of drug use and how they can affect their lives and school work. Sakeo’s team presented the pilot programme to the Fiji Police Commissioner who signed it off for expansion all over schools in Fiji. The challenge they now face is to find a way to resource the programme, as it had been run so far by volunteers from the Police drug unit, an already under-resourced outfit.

Sakeo told me the drug unit simply does not have the resources to monitor drug use in Fiji’s numerous late-night clubs and pubs. I know from personal experience, as an expatriate living and working in Suva, that the nightclubs seem to never shut. An early morning cab ride through downtown displays a confronting array of drunks and party-goers just wrapping up their evening’s entertainment, just as you are off on the early flight to Nadi.

Sakeo does not know the full extent of illicit drug use, as few statistics exist. What he could tell me was that more women are being caught with drugs, especially since the early 2000s, where a small spike in arrests was observed. Prior to this time, there were very few drug-related arrests of women.

The numbers still remain low. Statistics provided by Fiji Police show that just five women were arrested for drug-related offences in the first quarter of 2011, with two arrests for the same period in 2012. This is despite the same data set suggesting that 88 percent of Fiji’s population are engaging in drug use of one form or another.

Sound statistical information is rare when it comes to drug use in Fiji and, unfortunately, so is funding for the drug unit’s community and in-school programmes. Fortunately, the same could not be said for the dedication and enthusiasm shown by the unit and its volunteers