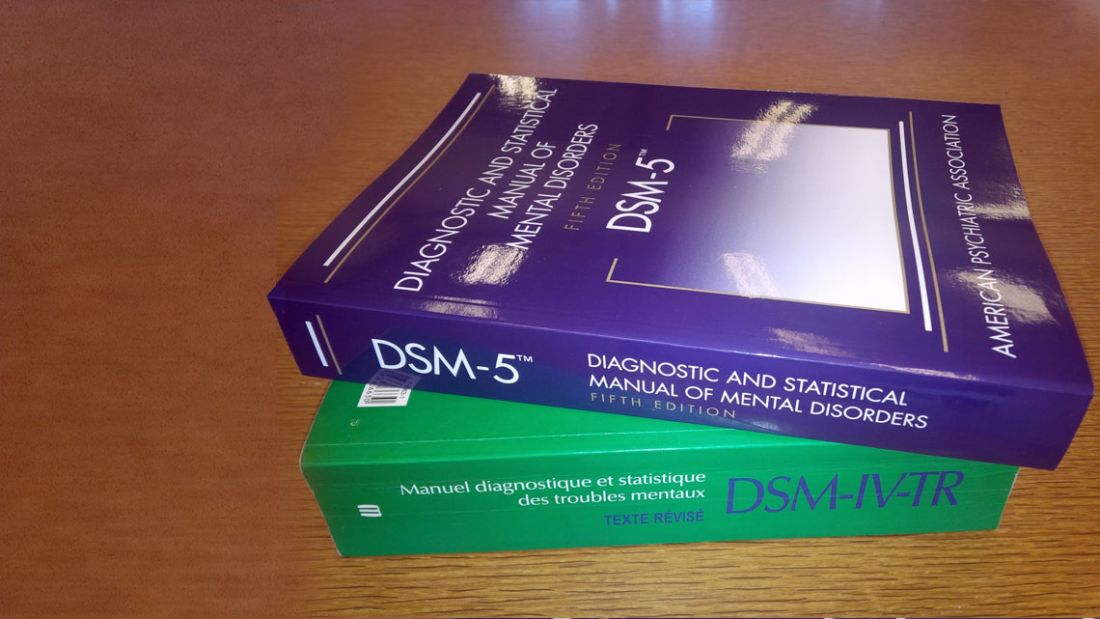 Infighting, outfighting, debate, drama: it is all happening in the world of psychiatric diagnosis with the impending launch of the DSM-V. Will the omissions, inclusions and changes spell a radical shift for the way our clinicians deal with addiction? Russell Brown looks at the New Zealand situation.

Medicine needs a common language, and for the past 60 years in mental health, that language has been laid out in the Diagnostic and Statistical Manual of Mental Disorders: the DSM.

It’s often referred to as “The Bible”, which suggests a holy, unchanging text. It’s really anything but. From one edition to another, the DSM has changed sharply, sometimes as a result of unholy argument within the body that produces it, the American Psychiatric Association (APA).

The removal of homosexuality as a mental disorder in the seventh printing of DSM-II in 1974 was a landmark in the evolution of societal attitudes to sexuality. (It wasn’t easily won – four years before, gay rights activists stormed the stage at an APA conference.)

And when DSM-IV finally recognised Asperger syndrome as a milder form of autism in 1994, it set in motion an array of events; not least of them a tide of new diagnoses – and related medical insurance claims – based on the new disorder. The DSM itself can drive prevalence.

DSM-V is due in June and – surprise! – it’s controversial. Dr Allen Frances, the co-ordinator of DSM-IV, is leading an international campaign for a boycott of the new manual. Frances and his supporters say DSM-V’s diagnostic thresholds are dangerously low, and his list of the “10 Worst Changes” in the DSM-V includes this:

“First-time substance abusers will be lumped in definitionally with hard-core addicts despite their very different treatment needs and prognosis and the stigma this will cause.”

To be precise, DSM-V combines DSM-IV’s categories of substance abuse and substance dependence into a single new category of “substance use disorder”. So yes, the most dire addicts and users with much less serious problems will, indeed, be in a single, graduated category. From what I’ve been able to tell, most New Zealand experts aren’t seeing this as a problem.

“We’ve talked for a long time about trying to understand substance misuse on a continuum,” says Dr Simon Adamson, Deputy Director of Research at the National Addictions Centre.

“In some ways, going from two diagnoses to just a diagnosis or no diagnosis might seem a step backwards. But because the new disorder has 11 criteria and it’s quite a low threshold to meet – only two or more for a diagnosis – it’s going to force us into thinking far more not about whether someone has this disorder but what is the severity.”

Adamson is pleased to see the back of one DSM-IV criterion.

“The one they’ve thrown out is recurrent legal complications as a result of your substance use. They’ve removed that because whether or not you meet that criterion depends on your jurisdiction. If you’re in Portugal, you’re not going to get slapped with a diagnosis, but if you’re in the US or here, you are. It just seemed fundamentally wrong that a psychiatric diagnosis depends on what side of the border you’re on.”

Anna Nelson, programme lead at Matua Raki, the agency responsible for the development of the national addiction workforce, says DSM-V will be a crucial resource.

“But the crux of the matter is how we use the DSM-V, which is not using it as a Bible but using it carefully and appropriately. People need to understand the socio-political context in which it’s written, why it’s written and by whom it’s written, and use it within that context.

“It’s a useful guide to look at behaviour. There is a potential, I guess, to pathologies recreational drug use. However, if it’s used appropriately, people still need to show clinically significant impairment or distress. So that shouldn’t be a problem. The problem is in how it’s used.”

“There’s always some last thinking that goes on that, if someone’s using a substance regularly, they must have a diagnosis,” says Adamson.

“I’ve seen clinicians assume someone is cannabis dependent because they smoke daily, and yet the epidemiological data tells us that half of daily cannabis smokers aren’t dependent. But you can’t pin those short cuts on the diagnostic system.”

Adamson says that, in the new diagnostic environment, understanding the severity of problems will become key.

“Hopefully, it will lead to more of a kind of stepped-care process where people at the milder end are seen for brief interventions and one-off advice, and the further up the chain you go, the more the interventions are going to match what’s required. I don’t think you’re going to see any major changes, but it’s more consistent with how we are operating and would like to operate.”

Nelson agrees. “We do that anyway. I don’t have a problem with that, because it is a continuum of severity.”

The move away from arbitrary distinctions towards a continuum paradigm can be seen elsewhere in DSM-V – most notably (and also somewhat controversially) in the autism category, where the separate diagnosis of Asperger syndrome is collapsed into a graduated autism spectrum disorder. Essentially meaningless “not otherwise specified” (NOS) diagnoses have also been eliminated across the manual.

Moreover, DSM-V actually introduces a key – if as yet subjective – measure to distinguish addiction from mere heavy use of a drug: craving. Dr Charles O’Brien, MD, chair of the DSM substance abuse workgroup, says much recent research indicates that craving can be measured objectively but the tests are not yet robust.

DSM-V also creates a new category – behavioural addictions – but stops short of including excessive internet use and other behaviours that are popularly referred to as addictions, earmarking them only for further study. But it’s the one behaviour that has been included – gambling addiction – that pleases Adamson.

“We’re really encouraged by that,” he says. “That’s an example of the DSM catching up with reality. It seems apparent to many people that pathological gambling in the DSM-V diagnosis is an addiction in very much the same way as substance addictions are. In New Zealand, it’s been in quite a different category, and the funding stream has been entirely different – through the Department of Internal Affairs and quite separate from health. That distinction is eroding very rapidly now, so having it formally recognised in the diagnostic system is very helpful.”

In summary, the addiction professionals I spoke to don’t treat the DSM as holy writ. But if there’s one reason they’re generally supportive of DSM-V’s changes, it’s this: it’s basically what we’re doing anyway.