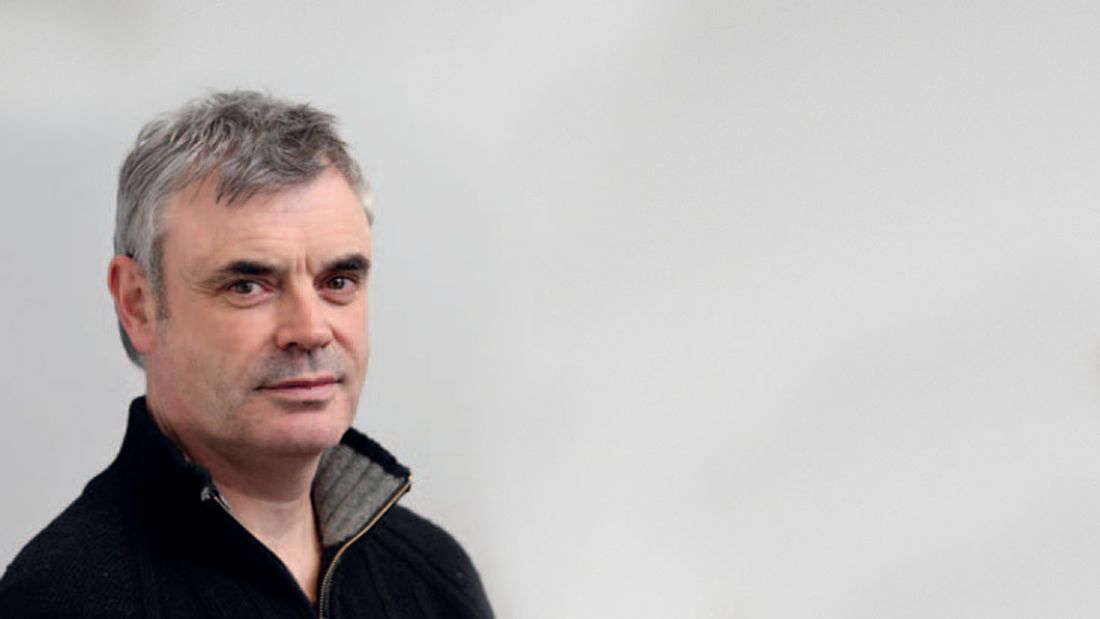 Chris Rattue tells other people’s stories. He is a writer who makes his living as a journalist, sports reporter and columnist for The New Zealand Herald. But this time, Rattue wants to tell his story: a tale of addiction and freedom.

This May, Chris Rattue will celebrate 10 years sober.

With that milestone under his belt and inspired by a young sportsman in the full mainstream media glare, Rattue feels he has a good base to go public about the active addiction on which his life revolved 24/7.

Like many New Zealanders, Rattue began drinking in his teens. He was adopted and raised in a family free of drug or alcohol issues. Yet, Rattue always had a fascination with alcohol.

During his teens, he drank to oblivion on a number of occasions – a fact that wouldn’t have set him apart from his peers. But he had a marked thirst for alcohol. When he was 15, a mate bought him a hipflask from a bottle shop. By the time they walked home, Rattue had sculled the entire hipflask. It was the first time he’d ever had spirits.

“I had always had feelings of unease and insecurity, and when I put the alcohol in my body, it took that away. That became irresistible. The problem is, once I put it in my body, I can’t stop.”

At 20, when he could legally enter licensed premises, Rattue took to pubs “like a duck to water”. Initially, he was fairly controlled and his drinking was indistinguishable from that of his peers. But by his mid-20s, he was a habitual binge drinker. He got off his face – “motherfucked”, he says – three or four times a week. “I hardly missed a day of work, but I wasn’t present. It certainly affected my work – quality and quantity.”

About the age of 26 or 27, his friends started to pick up other interests. They drifted away from the pub, and Rattue says he was “almost offended”. As their drive to drink lessened, he was keen to step it up a gear. He found other people to drink with. As each group moved on, he just fell in with a new group. “You only end up around people who drink like you.”

“I’m fairly sure certain people recognised the problem.” While friends referred to the known journalist haunt, The Shakespeare, as his ‘office’, nothing was ever said about the fact his drinking was problematic. Rattue completely understands. He says it would have been excruciatingly awkward for anyone to talk to him about his drinking.

There were some very good times and wonderful people, but in the final years, the booze had lost its magic touch, and it felt as if his best friend – alcohol – had turned on him.

“I had some enjoyable times, but the wreckage and the carnage and waste you are left with … To some degree, there is an element of deceit and lying you have to do each time.”

He would tell his wife he was just popping out for “one beer”, knowing full well it would be much longer. Often it would be 10 or 12 or 14 hours.

When he was in his late 20s, Rattue located his birth parents and found families riddled with alcohol and drug addiction. His insatiable appetite for booze finally made sense.

Rattue smoked a lot of pot during the drinking years, and he loved it. He says he did a range of other drugs but never heroin or magic mushrooms. But drugs were never a constant like alcohol was. In fact, his favourite drugs were the ones that enabled him to drink more. He once tried to give up drinking on his own, but it was agony. They refer to those who swear off booze without any proven or established system of support as dry drunks. It’s a frightening, tumultuous and tortuous path. Rattue lasted a few months, then ran back to what he knew.

Eventually, the build-up of wreckage had escalated to a place of such despair that Rattue was ready to consider help. It’s an accepted path to recovery – the slow, painful descent with a ghastly fight or incident or ultimatum that sparks change. “It’s a shitty trip, and it gets lonely.”

For Rattue, long-term change came when his wife walked out. He’d had an incidence of violence (not against his wife) that gutted him when he sobered up and realised what he’d done. He’d also had an incident at work. But it was the possibility of losing his marriage that spurred action. His wife’s leaving present was a list of rehabilitation centres and their phone numbers. It was a decade ago, he says down the line from Auckland. He immediately sat down on this couch, where he’s sitting now, and started ringing through the list.

“I was in a place of total despair. Everything had collapsed. When you get in the absolute shit, you’ll do absolutely anything to get out of it.”

He says he realised he had everything going for him – he was a white, middle-class male in a world where those three facts were gateways to success. “And (yet) I was in the gutter. I was just a wreck.” Rattue says the phone calls were easy to make. He remembers the detail of the calls, the feeling of a lifting weight. “It felt good.”

He stated plainly that his life had fallen apart and he didn’t know how to get it back. “I felt those voices at the other end of the phone were experts.”

The next day, he visited the Hanmer Clinic in Mt Eden. His wife dropped him off but doubted that he would go in. After years of the lies that went hand in hand with his drinking, she thought it was just another pretence.

Rattue stayed and embraced a new beginning. “I had a feeling my life was changing.”

After a few sessions with a counsellor there, he was directed towards a 12-step programme of recovery. After initial resistance, he took the extremely nervous plunge. On 1 May 2003, he had a small drink in a pub, then headed off for his first 12-step meeting. He has remained in the programme – the foundation of his recovery – ever since.

Early in the piece, he also paid $4,000 to attend the three-month, three-night-a-week Hanmer outpatients course. It was “one of the best decisions of my life”.

He has not drunk since: not even a liqueur-filled chocolate or a steak with a red wine jus.

Rattue is now 50. He and his wife have been together 30 years. She never did leave that day; seeing his determination, she stayed and supported him as he discovered a new way to live.

“Getting sober was the most amazing thing that’s ever happened to me. It’s like having a rebirth. I have met so many great people.”

When an alcoholic is drinking, their life narrows down. It’s Groundhog Day. But when they’re sober, the world opens up wide.

“Every day, I wake up feeling grateful. It’s just the greatest thing being sober. I can’t say that I’ll never pick up a drink again – I have to keep working at it – but so far, so good.”

Today, Rattue’s life is lived large and wide. Work is busy, and his treasured partnership with his wife Leanne is entering its fourth decade. He is on the board of trustees of a new recovery centre in Otahuhu, called The Retreat. He has hardly ever set foot in a pub again, and on the very few occasions he has, he’s felt disorientated, discombobulated. He wants his wife to be able to have wine in the house so she can enjoy a normal relationship with alcohol, although he doesn’t ever pour it for her.

The single most important thing in his life is to not pick up a drink again, but there is a lot more to a healthy sobriety than that. Staying sober doesn’t feel difficult, but life does sometimes.

“When you stop drinking, you are left with the thinking,” he says. “But it’s a fantastic way of life. Honestly, it’s magic.”