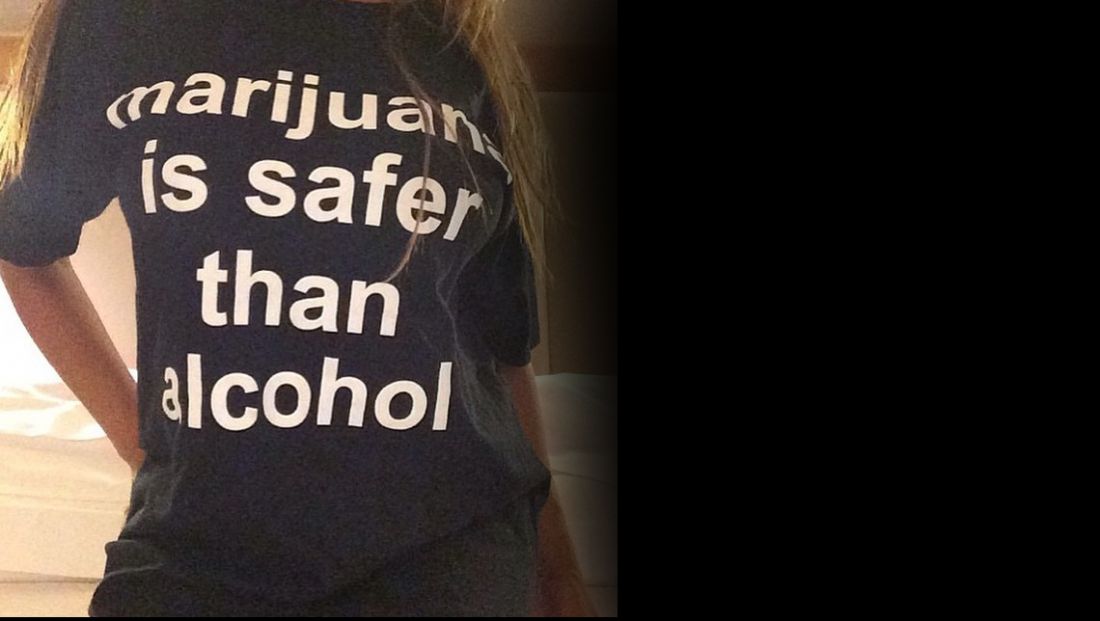 Smoking cannabis is 114 times safer than drinking booze. That’s an attention-grabbing and provocative hook. Many newspapers and websites ran headlines along these lines when they reported new European research comparing the mortality risk of 10 legal and illicit drugs.

The Daily Mail and The Independent said the study showed cannabis was 114 times less deadly than alcohol and less risky than heroin, cocaine and tobacco. A headline in Newsweek proclaimed: “You are 114 times more likely to die from overdosing on alcohol than you are from cannabis…” Coverage like this provides little in-depth analysis of the results or their context. Delving further into the study reveals the findings are not so clear cut and that the authors describe the data as “uncertain”.

The report, Comparative risk assessment of alcohol, tobacco, cannabis and other illicit drugs using the margin of exposure approach, was published in Scientific Reports in January. Authors Dirk Lachenmeier and Jurgen Rehm investigated the risk associated with 10 substances using a ’margin of exposure’ (MOE) approach. This novel method calculates a ratio between a lethal dose of a drug (based on animal studies) and the amount a person would typically take in a day. The lower the MOE, the greater the mortality risk.

The study looked at the risks for a population as well as the risk for individual users. For both individual and populationbased scenarios, alcohol consumption came off worst. For individual use, nicotine, cocaine and heroin were in the high-risk category, but THC (the active chemical in cannabis) was the only substance ranked low risk. On a population scale, only alcohol fell into the high-risk category, with an MOE of less than 10, while the MOE for cannabis was over 10,000. Curiously, the very specific “114 times safer” figure used in headlines seems absent from the report itself, which includes tables showing a range rather than exact figures.

The authors outline several limitations to their method, particularly the uncertainty of data taken from animal studies to determine what dosage of drugs is toxic to humans and the challenge of getting a fix on population-wide use of illegal drugs, such as cannabis. Some of the estimates of population exposure are based on sewage analysis. With no data available on the long-term effects of the various drugs, they have only looked at mortality and not cancer risks or other chronic effects.

The narrow focus on acute toxicity, or the likelihood of someone dying from a lethal dose of a drug, is probably the biggest weakness of the research. Cannabis is pegged as presenting a low overdose risk, but consequences linked to long-term use of the drug – such as increased risk of lung disease, dependence or mental health issues – are not considered. Because it is highly unlikely that a cannabis user will overdose on THC, the harms of the drug are likely to be underestimated by the margin of exposure approach.

Last year, World Health Organization expert adviser Professor Wayne Hall said the estimated fatal dose of THC was between 15 and 70 grams, a far greater amount than even a very heavy cannabis user could smoke in a day. He pointed out there are no reports of a fatal overdose from cannabis in relevant literature, but he said his 20 years of research shows cannabis use doubles the risk of having a car accident and experiencing psychoses in adulthood – and that about one in 10 regular users develops dependence.

Lachenmeier and Rehm’s study doesn’t consider social harms associated with any of the drugs or dangers in the way they are taken. In contrast, a 2010 study by British Professor David Nutt and colleagues asked a panel of experts to score 20 drugs on 16 criteria – nine related to the harms a drug could cause to an individual (including the risk of overdose and long-term health damage) and seven criteria relating to the harm caused to others (including accidents, crime and economic costs).

Called Drug harms in the UK: a multicriteria decision analysis, and published in The Lancet, the study found heroin, crack cocaine and methamphetamine were the most harmful drugs to individuals, while alcohol was the most damaging to others. Alcohol was the most harmful overall with a score of 72. Interestingly, cannabis ranked eighth, just below methamphetamines, with a score of 20. It was rated above GHB, anabolic steroids and ecstasy.

Lachenmeier and Rehm’s research demonstrates the dangers of alcohol, a drug that is highly socially acceptable, legal and widely available. They say risk management should focus on alcohol and tobacco, and a “strict regulatory approach” is justifiable for cannabis rather than prohibition.

But even though cannabis, or THC, has a low chance of causing a fatal overdose, that doesn’t make it innocuous. As Nutt and his team make clear, there are many factors to consider when assessing drug-related harm, not just one marker. Claiming that cannabis is 114 times safer than alcohol is, like some of the data in the latest study, very uncertain.