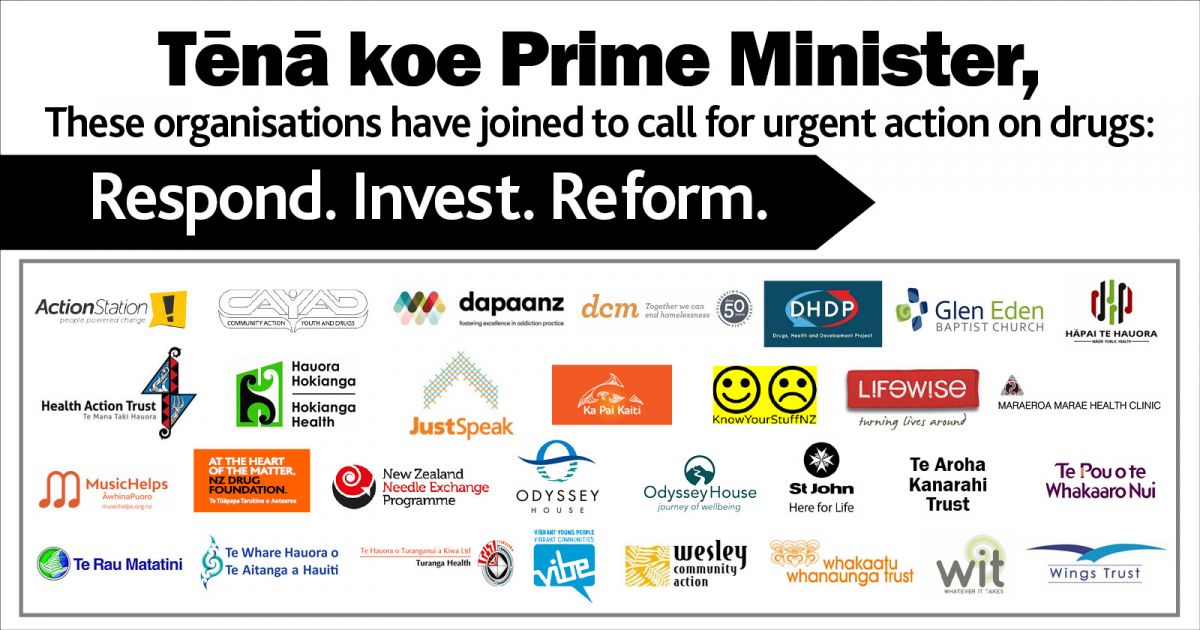 Gaps in access to addiction treatment have prompted 30 organisations to issue an open letter to Prime Minister Jacinda Ardern. The letter calls for a boost to funding, and introduction of a health-referral model to replace criminal sanctions for people who use drugs.

The open letter, signed by health, social justice, housing and church-based organisations from throughout the country, calls for a doubling of investment in alcohol and other drug-related prevention, harm reduction and treatment. The letter states: “We urge you to budget for additional investment of at least $150 million per year from 2019.”

Every day people who need addiction treatment are missing out.

"There not only needs to be more treatment, but a wider range of options too,” says Ross Bell, the Drug Foundation’s Executive Director.

“Organisations who signed up are seeing no let-up in demand for services. They want to do more and in new ways, but the lack of funding is a continual source of frustration.”

“Church social services, iwi health providers, treatment agencies and others at the frontline have a common message: the problems drugs cause aren’t going away, and the government has to properly resource the sector.”

“Services need to be equipped to respond to the current synthetics drugs crisis as well as new challenges that are likely to occur in the future.”

The open letter asks the Prime Minister to “review our outdated drug law to ensure that people using synthetic cannabinoids and other drugs get a referral to health and other services, rather than a criminal conviction. Penalising people for drug use is a huge barrier to accessing services that could help them.”

A signatory to this letter, Hāpai Te Hauora, is the largest Māori public health organisation in Aotearoa.

“Māori have the worst outcomes of all New Zealanders with respect to mental health and addictions issues," spokesperson Selah Hart says. “We support this letter on the basis of the urgent need in our communities. We add our voices to this collective call for action with the hope that health equity will be given more than lip service by this government through the provision of well-resourced and culturally appropriate services for Māori."

Organisations are timed this call so that it can be considered alongside the Mental Health and Addictions Inquiry, which reported back to the government this week. 40 recommendations were delivered to the government by the review panel on 28 November, and Health Minister David Clark has said the government will respond in March 2019.

“We know that there is a lot for government to digest in the report and we’re not looking for a rushed response. However, we do expect a focus on long-term change and a significant boost to funding,” Ross Bell said.

“Decisions for Budget 2019 are being made in December – we’d like this letter to be taken into account in those discussions.”

“Addiction has far-reaching consequences for individuals, their whānau and society as a whole. It is time the services are supported to succeed.”