Drugs in NZ - an Overview

We've gathered together some important data, to help give an overview of how New Zealanders use drugs.

Alcohol and other drugs have been used by people throughout history, and New Zealand is no different. Almost half of our adult population (49.0 percent) has used recreational drugs at some point in their lives, and 93 percent of New Zealanders will try alcohol. One in five adults (19.9 percent) drinks in a way that could pose a risk to their health [NZ Health Survey 2020/21].

People use alcohol and other drugs for many reasons – recreation, spiritual discovery, performance enhancement, peer pressure, or to medicate physical or emotional pain. Most people who use substances will not experience long-lasting negative effects - In fact, according to the Ministry of Health, four out of five New Zealand adults who used an illicit drug in the past year reported no harmful effects.

However for a small group, drug use - whether legal or illegal - can cause significant harm. The harm these people experience can be wide-ranging, from injury and disease through to social, financial and legal problems. It can also affect their whānau, friends and the wider community.

About 50,000 people receive support for alcohol and other drug use each year in New Zealand – and that’s estimated to be only a third of those experiencing problems. The current legal prohibition of some drugs in New Zealand also means that we spend a great deal on enforcement – including Police, courts and prison beds.

According to Ministry of Health figures (obtained under the Official Information Act), Māori, Pacific people, and people living in the poorest neighbourhoods are more likely to experience harm from their own alcohol or drug use. They are also most likely to want help with their drug use but not receive it.

To work out whether your drinking is harmful, check out this online tool.

Smoking rates continue to fall, but they remain stubbornly high in some demographic groups. According to the NZ Health Survey, 9.4% of New Zealanders smoke daily – an estimated 387,000 adults. The rate of daily smoking has fallen nearly 5% in the past five years.

For more information on alcohol and tobacco use, see our latest State of the Nation

Cannabis is the most commonly used illicit drug in New Zealand.

15.3% of adults used cannabis in the past year, and 4.5%, or 75,000 adults, smoke cannabis monthly. Use is higher for Māori, young people, and those living in less wealthy neighbourhoods.

Methamphetamine use has remained relatively stable in the past 5 years, but some communities face more harm than others.

It’s widely believed that methamphetamine (‘P’) use is growing in New Zealand. However, overall recorded numbers of people using amphetamines (including methamphetamine) have remained relatively stable in the past 5 years, at around 1 percent of the population.

It’s hard to determine how accurate these figures are, because official surveys don’t include populations that have higher rates of drug use, such as people who are in insecure housing or in prison. It’s fair to say that while overall usage remains low, methamphetamine has become a serious concern in some communities.

Use of other illicit drugs is relatively low in New Zealand

The last published Ministry of Health survey on illicit drug use was done over a decade ago in 2007/08. It found that use of other drugs such as LSD and opiates was not widespread.

It's hard to get an accurate picture of which illicit drugs people are using, but police seizures provide some insights. Cannabis is the most frequently seized drug by a huge margin, and the amount seized has increased since 2017. Other drugs are seized far less often, but MDMA seizures have increased over the past three years while synthetic cannabinoid seizures have fallen. (Source: National Drug Intelligence Bureau).

For more information on illicit drug use, see our latest State of the Nation.

There are still too many young people entering the youth justice system for low-level cannabis offences. For most young people, the harm of being brought into the criminal justice system will far outweigh the harms of having experimented with cannabis.

The good news is that during the six years prior to and culminating in the 2019 discretion amendment, warnings and prosecutions of young people aged 17 and under for drug-related offences fell dramatically in favour of youth referrals.

However, the overall numbers of young people entering the youth justice system due to drug offences are still too high. According to the Safe And Effective Justice Advisory Group (2019), there were 913 drug-related referrals in 2020, of which 90% were for possession and use of drugs or drug utensils.

Of drug proceedings for young people:

For more information about drug use among young people, see our latest State of the Nation

While not all drug use is harmful, drug harm costs New Zealand a lot of money. The social cost of drug-related harm was estimated to cost New Zealand $813.09 million in 2020 (NZ Illicit Drug Harm Index 2020). The social cost includes harms to an individual’s health, whānau, friends and the wider community.

Figures have been taken from the most recent data available in the Ministry of Health’s New Zealand Health Survey,  the Health Promotion Agency’s Health and Lifestyle Survey,  the NZ Drug Harm Index,  Youth 2000,  and the National Drug Policy. 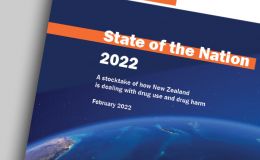 State of the Nation 2022 is the fourth edition of our annual report into how we're dealing with the issue of drug harm. State of the Nation is designed to help us take stock, and provide a benchmark to assess whether recent reforms are delivering on their promises. Read More

Read our 2020 Briefing to the Incoming Parliament 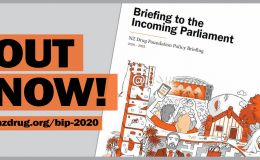 Our latest Briefing to the Incoming Parliament, released in December 2020, was sent to every sitting MP elected in the October 2020 General Election. While it's mainly a policy document, it also provides a good overview of the work we do and explains the rationale behind our strategy. Read More 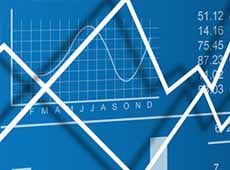 Rob Zorn talks about the importance of capturing good data both before and after legalisation, to monitor health and economic trends